Union stars in Disney's latest "Cheaper By the Dozen" reboot, which had its premiere this week

The fallout from Disney’s response to Florida’s “Don’t Say Gay” bill continues and at the recent premiere of Cheaper By the Dozen, star Gabrielle Union spoke her mind about the controversial legislation.

As theGrio previously reported, Florida’s “Don’t Say Gay” bill has continued to make major headlines, specifically in Hollywood where actors and creatives have used their platforms to speak out on what many see as an ignorant and potentially dangerous bill for the LGBTQ+ community.

Disney has been criticized for financially backing the sponsors of the bill, with many, even its employees, protesting and taking the popular corporation to task online. 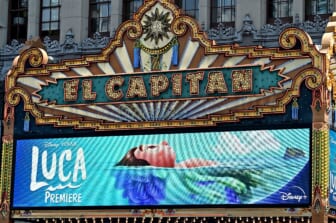 Union, an outspoken advocate for LGBTQ+ youth, told The Hollywood Reporter how proud she is of her new film Cheaper By the Dozen, while also referencing the bill, stating, “I’m incredibly proud of this, especially right now, because we actually say gay.”

She added, “If you’re going to take a stand and be all about diversity and inclusion — and it’s not just about black boxes after George Floyd died — you need to actually put your money where your mouth is.”

While not referencing Disney specifically, she continued, “You can’t stand against hate and oppression and fund hate and oppression. That doesn’t work. Obviously, our family has a big spotlight. My child is one child. There are countless children who deserve peace and the ability to survive and thrive in this world, just like everybody else. And if you think that your kid isn’t next, you are so sadly mistaken.”

“Somebody asked me, ‘Are you disappointed?’ I’m disappointed when my order isn’t right at In-N-Out,” she shared. “I don’t even think that’s a word that you could use for something like this, where children’s lives are literally hanging in the balance.”

As theGrio previously reported, Pixar recently spoke out regarding Disney and LGBTQ+ content in their own films. The statement from the studio revealed how they watched as Disney removed “nearly every moment of overtly gay affection,” from various projects. 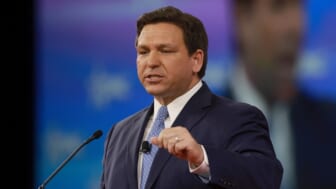 It stated, “We at Pixar have personally witnessed beautiful stories, full of diverse characters, come back from Disney corporate reviews shaved down to crumbs of what they once were. Even if creating LGBTQIA+ content was the answer to fixing the discriminatory legislation in the world, we are being barred from creating it.”