White applicants fared better at all of the major banks, but only Wells Fargo denied more Black applicants than it approved.

More than half of Black homeowners looking to refinance their home loans were rejected when applying at Wells Fargo, a new analysis reveals.

A recent report from Fortune notes that as interest rates dropped during the coronavirus pandemic, many homeowners sought to take advantage and lower their mortgage rates. However, the report finds that only 47% of Black home loan refinancing applicants at Wells Fargo were approved in 2020, compared to 72% of white applicants, according to data examined by Bloomberg News.

The report notes that while white applicants fared better at all of the major banks, it was only Wells Fargo that denied more Black applicants than it approved.

Additionally, Bloomberg writes that Wells Fargo’s approval rates for the lowest income white families were nearly the same as their rates of approval for high-income Black families — those earning at least $168,000 annually. However, when comparing lower-income Black and white applicants, both earning a maximum of $63,000 a year, the approval rates were nearly double for whites.

Wells Fargo is the nation’s third-largest bank and rejected Blacks at higher rates than any other diverse population group. Hispanics were approved at 53%, and Asians were approved at 67%, according to the Fortune report.

Paul Turner, the senior vice president of Consumer Lending Executive Communications at Wells Fargo, told Fortune that the bank disputes Bloomberg‘s conclusions. They say their research “relied on an analysis designed to present a skewed picture of our lending efforts” and ignored the bank’s “strong track record of lending to Black homeowners.”

Kristy Fercho, who became the first Black woman to oversee Wells Fargo’s home-lending business in August 2020, told Bloomberg News the bank’s home lending was “consistent” across races, and any disparities were due to outside influences, such as credit scores and home values. 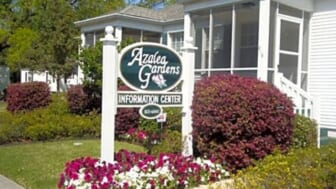 The Brookings Institute conducted a study in 2018 that found that the average Black-owned home was valued at $48,000 less than the average white home, accounting for $156 billion in missing Black wealth.

“How you know that Black people are valued less is by looking at the data,” added Perry. “And for me, Wells Fargo has to look itself in the mirror collectively and say, ‘OK, why are our outcomes worse than other lenders?'”