"We all need to do a better job addressing mental health," said Richland County Sheriff Leon Lott. "But also we need to protect our community."

The family of a 34-year-old man shot dead by sheriff’s deputies in Richland County, South Carolina, is looking for answers as reports emerge that he had only a small stick in his hand when he was killed.

According to The Charlotte Observer, Irvin Moorer-Charley was shot by police on Saturday after they responded and reportedly found the man in a mental health crisis.

The South Carolina Black Activist Coalition issued a press release about the incident on Sunday, saying Moorer-Charley “only had a small wooden stick in his hand” when he was shot 10 times.

Richland County Sheriff Leon Lott is disputing that account. Lott, before the media on Sunday, called the weapon a “wooden stake,” and he said Moorer-Charley was shot four times.

“Some people called it a stick, it’s not a stick, it didn’t come from a tree,” Lott said, per The State. “It’s like an arm of a chair maybe, where it has a handle and goes down to a sharp point. He had that in his hand.” 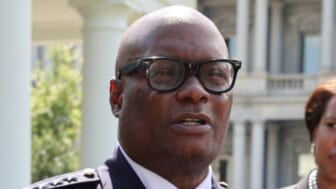 Lott said Moorer-Charley was shot after a Taser was deployed against him and failed to work, maintaining he then charged at officers, who shot him. “It was a very close encounter, the last shot was probably less than 3 feet away,” Lott said. “This whole incident happened within a minute and 47 seconds. It was very quickly.”

But the South Carolina Black Activist Coalition said it has concerns about accountability and transparency in the investigation.

At Sunday’s press conference, Lott said that officers were arriving to a call reporting domestic violence involving a weapon. He stated that the first responding officers were met outside by Moorer-Charley’s mother and other family members, who said the man had attacked them and was still inside. 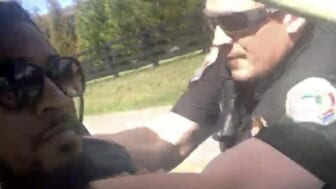 Moorer-Charley then exited the house brandishing the alleged weapon that has been described as a stick or stake, and he approached officers with it in his hands despite warnings and some intervention from family members.

“This was not put out to us as a mental health call. We received a 911 call for a domestic situation involving someone with a knife, with a weapon,” Lott said. “We all need to do a better job addressing mental health. But also we need to protect our community and protect our deputies. We put our deputies in a very bad situation when they have to respond to incidents like this.”