List of names to replace confederates at U.S. military facilities trimmed to 87

In 2021, the Federal Naming Commission announced that it planned to strip the names of confederate leaders from United States military facilities, a decision reached after the police murder of George Floyd prompted a protest-filled summer across the nation. Many of those protests highlighted the fact that much of the nation continued to honor confederates, who led the war to retain the institution of slavery.

The decision to change some names was decried by many, but a commission was created, according to the defense department, to do appraisals on renaming many U.S. assets that commemorate the Confederate States of America or any person who served voluntarily with the Confederacy.

After a year of soliciting potential names from American citizens, the commission has narrowed its list to 87 possible new names for the facilities, including many legendary African Americans. Slave liberator Harriet Tubman, military pioneer Gen. Roscoe Robinson, Jr., and Gen. Colin Powell, America’s first Black secretary of state, are among the history-making luminaries who are being considered. 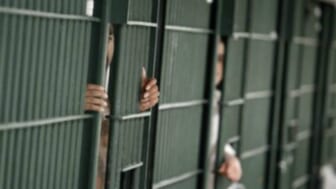 “The names of our military installations,” the commission states, “should appropriately reflect the courage, values, and sacrifices of our diverse military men and women, with consideration given to the local or regional significance of names and their potential to inspire and motivate our service members.”

Robinson’s story is inspirational: He was the first African American to earn the rank of four-star general in the U.S. Army. A graduate of West Point, Robinson served in the wars in Korea and Vietnam. He retired from the military in 1985 and died in 1993. He is buried in Arlington National Cemetery.

Powell, a prominent, popular Black Republican and the first African American to serve as secretary of state, also has an impressive story of military leadership. A former national security advisor, Powell was also a past chairman of the Joint Chiefs of Staff, an author and a diplomat. 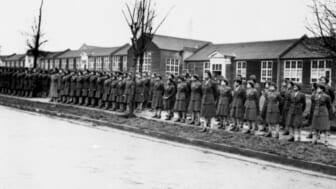 The Atlanta Journal-Constitution is reporting that two Atlanta-area military installations will be renamed. Fort Benning and Fort Gordon both currently honor confederates.

According to The AJC, the commission visited the military installations set to get new monikers and met with military and community leaders last year to learn about their “preferences for new names and an understanding of local sensitivities. Commissioners will engage those same groups via virtual listening sessions in coming weeks before deliberating on final name recommendations.”