The Amazon Original song finds Allen singing through his own personal experience of "going against the grain of the country boy models."

Ahead of For Love & Country, Amazon Music has dropped a reimagined version of “All Tractors Ain’t Green” by Jimmie Allen, released in honor of the upcoming documentary highlighting Black artists in country music.

The new iteration of the ballad from the acclaimed country singer arrives just weeks before the premiere of For Love & Country, in which Allen himself is featured.

The song itself is an emotional one that finds Allen singing through his own experiences in the music industry, his time “going against the grain of the country boy models.” With a powerful choir backing him up, Allen wails in the chorus: “Sometimes what you get ain’t always what you see; all fields ain’t corn, and all tractors ain’t green.” 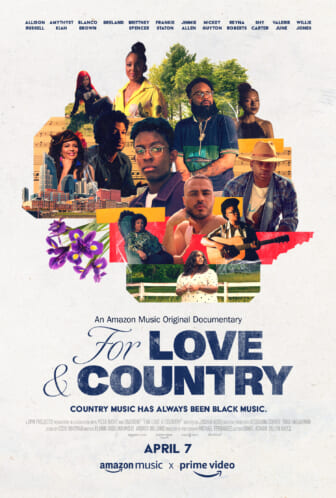 Take an exclusive look at the inspirational Amazon Original song and music video below:

As theGrio previously reported, For Love & Country is the exciting new documentary that traces and follows the Black origins of country music, a subject that has become increasingly popular as Black musicians appear to finally be breaking through in the mostly white genre. Featuring artists such as Allen, Mickey Guyton — who just stunned masses with a gorgeous rendition of the National Anthem at this year’s Super Bowl — Blanco Brown, Valerie June, Amythyst Kiah, and more, the project says it will “determine between truth and myth when it comes to the genre, the industry that upholds it, and the city of Nashville, where it calls its home.”

Guyton shared in a statement regarding the upcoming film: “I’ve always believed in the old saying, ‘if you can see it, you can be it.’ However, it’s no secret there has been a lack of representation of Black artists in mainstream country music for years.” 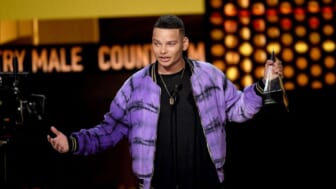 “That’s why I hope little Black girls growing up now can see us, artists like Brittney, Reyna, Amythyst, Allison, Valerie, Frankie and me, and know they have a place here in country music,” she added. “We all do.”

In addition to “All Tractors Ain’t Green,” Amazon Music released another original when the trailer for the documentary dropped last week — an acoustic rendition of Amythyst Kiah’s “Black Myself.” Check out that song here, and watch For Love & Country on April 7 on Amazon Music and Prime Video.