The Lip Bar and Glam-Aholic Lifestyle are redefining Black beauty

The Lip Bar's Melissa Butler and Glam-Aholic Lifestyle's Mia Ray have decided to honor Detroit with their collaboration, The D Girl Collection

“Beauty” is not the word that most people think of when describing Detroit. Yet, for natives of this gritty, industrial city–beauty can be found at every turn. In addition to aesthetics of its landmarks and its glistening waterfront, Detroiters find beauty in the hearts of its residents.

Hence why beauty creators Melissa Butler of The Lip Bar and Mia Ray of Glam-Aholic Lifestyle have chosen to remain based in their hometown; and why they decided to honor the city in their first-ever collaboration, The D Girl Collection, a product drop inspired by nostalgic glam that perfectly encapsulates the verve of Detroit’s women.

Consisting of three TLB sheer vegan lip glosses and vegan Glam-Aholic travel cosmetic bag, the limited edition D Girl Collection was released on March 13 (3/13, a nod to the city’s area code) with a series of events in the heart of The Motor City. Like many of their product drops, the collection was a huge hit.

Despite attending the same high school just two grades apart, the women say that they did know each other well until recently. It was through mutual admiration and the support of mutual friends, that Butler reached out to Ray to do the collaboration.

“I think Black women specifically are just really transcending any of the social norms,” says Butler, “And what a better time to say, ‘Okay, let’s collaborate instead of compete. Let’s support each other. Let’s lean on each other. Let’s give each other our flowers.'”

Ray adds, laughing, “And I never tell Melissa no.”

The marketing for the collaboration featured throwback hairstyles and clothing and was shot in historic locations in the city.

“I love Detroit, [you could] kind of say I’m obsessed,” Butler said in an exclusive interview with theGrio.”It’s been said that once people get successful they leave. I feel like I just want to Aretha Franklin this thing,” she says jokingly, referring to the legacy of the Queen of Soul who remained in the city for most of her life and career.

Reiterating that she loves the city, “in every sense,” Butler claims, “It made me greedy. It made me a hustler. It made me resilient. So it’s in my blood. It’s in my mama’s blood, it’s in my daddy’s blood. I come from a generation of people who are resilient.”

That resilience is one of the things she is best known for. In 2015, Butler and Rosco Spears, the brand’s creative director, appeared on the hit NBC show Shark Tank. The appearance was less than ideal.

“The chances that this is a business are practically zero,” Kevin O’Leary said in the episode. “You only have so many minutes on Earth, don’t waste them trying to sell lipstick.” Daymond John added, “You are never going to create anything new in this world. It’s lipstick.”

Butler later told CNBC that the experience was “devastating” and “humiliating,” yet, after a decade of success, she told theGrio that it barely registers a “blip” on her radar these days. Adding that she does not call the success of her business a redemption story.

“It’s not a redemption from Shark Tank. It’s a vote of confidence in myself and in my vision and in my team and in my customers, really. I don’t think about Shark Tank.” 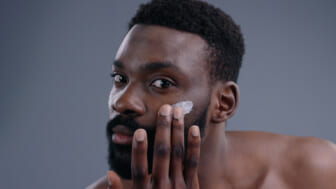 Butler notes that earlier this yearm when The Lip Bar celebrated its 10th anniversary, they did revisit the appearance on the show in their marketing—making the clip viral once more. She claims that by her count, Shark Tank has aired that particular episode at least 18 times, “because we were good press, and we were good ratings.”

At an appearance in front of a group of aspiring female entrepreneurs at Cass Technical High School, one of the most elite secondary education institutions in the state of Michigan, Butler said that she refuses to give the show power over her narrative.

“I don’t worry about what people call me, I think of what I call myself,” she says, adding, “I believed in myself and I believed in my business and my purpose.”

That purpose, as she explains it, is to redefine what Black women can and cannot do with makeup, including the bright colored lipsticks she and Spears were pitching on Shark Tank. “I was pissed off at the beauty industry,” Butler adds. “I saw the ‘training’ of all the things we couldn’t do and shouldn’t do because of our Blackness, and I started a brand that could show you all the things that were possible for Black women.”

The Lip Bar has since sold over 2 million units and is available in Target stores, which was the first big box store to take a chance on her brand.

“We launched in 44 stores, it was a test. We pushed all of our customers to target.com and in Target stores,” Butler says of the launch in 2018. “That week when we launched, we were shouting it from the rooftops on social media. We were the number one brand in all of our stores.”

“And they were like, ‘who is this small brand?’ Our buyers’ boss’s boss’s boss called me and was like, ‘I heard a lot about your business in a short period of time.’ And then they were like, ‘we’re expanding you.’ They expanded us 10 times. We went from 44 stores to 450 stores in nine months.”

The Lip Bar is now sold in Target, Walmart, and Meijer stores.

Bag designer Mia Ray had a similar vision for empowering Black women on the other side of town. Having had a baby in high school, she remembered all the labels placed on teen moms. Yet, she remained focused on being successful. While she realized that college was not for her, she found inspiration in Kimora Lee Simmons’ 2006 book, Fabulosity: What It Is & How to Get It.

She then transformed her innate talent for styling into a beauty blog, which became incredibly popular in the city. Out of her own need for a bag to hold her growing stash of books and binders, and with the help of a childhood friend, she designed a tote named after her blog, Glam-Aholic Lifestyle. She pre-sold it to loyal customers who paid in advance, using their money to pay for manufacturing.

“I decided to be good at one thing,” Ray says. “I sold the same bag over and over again in different colors and people kept buying it.”

She has since diversified her brand with travel bags, passport holders, wallets, and other accessories. She will soon be the first Black woman to create a line of luggage. She says that brand loyalty is how she grew her business: “I was everybody’s good girlfriend. I was everybody’s auntie.”

Ray says that her “Glam-aholics” were attracted to the authenticity of her personality and her purpose, which is to be a luxury brand at an affordable price.

That authenticity prompted her to try a direct-to-consumer approach, doing her own version of the Home Shopping Network on Instagram. In 2020, she went live on Instagram and sold 13,000 units in an hour. A few weeks later, she told Forbes Magazine that she did it again and sold 700,000 units in under 10 minutes and a mogul was born.

Since then, her collections regularly sell out and she is looking to continue to diversify while still maintaining her original vision. “I don’t want Black women to have designer bags with nothing in them,” she told the students at her alma mater. “I want you to have a bag with credit cards in it and luxury car keys, and good credit scores.” 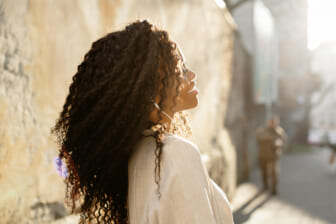 Walking through the halls of the school, it was obvious that her vision was working. The bags were spotted on the arms of numerous students—and Mia Ray stopped each one and took a picture with them.

When considering what is next for their separate brands, Butler is set to launch a collection called thread beauty, which is targeted for younger consumers with a price point for every piece set at only $8. Ray is considering working on a book project and planning the launch of her luggage line.

Butler succinctly sums up the future vision on behalf of them both, saying, “I want to continue to change the face of beauty and to bring more authenticity into the space. But also to remind Black women that you don’t have to struggle through your business. You don’t have to put yourself last. That’s something that I’ve personally been working on in the last year. I want to be a balanced boss.”