The lawsuit seeks to block the county from using the map in upcoming elections.

A third lawsuit has been filed by the Biden administration regarding Texas redistricting maps which were deemed discriminatory.

The most recent lawsuit was filed in Galveston County on Thursday alleging that new maps discriminate against Black and brown voters—who are more likely to vote Democratic. The redistricting efforts are one leg of Republican-led efforts across the nation to restrict voter access, according to CNN. 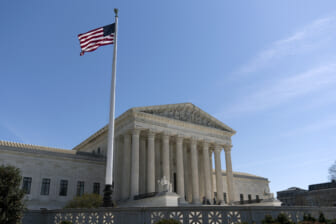 “This action is the latest demonstration of the Justice Department’s commitment to protecting the voting rights of all Americans, particularly during the current redistricting cycle,” Assistant Attorney General Kristen Clarke said in a statement to CNN. “We will continue to use all available tools to challenge voting discrimination in our country.”

“Over the course of the past three decades,” the lawsuit says, “Galveston County has sought to eliminate electoral opportunities for the County’s Black and Hispanic voters. The County has a long history of adopting discriminatory redistricting plans.”

The lawsuit seeks to block the county from using the map in upcoming elections.

As of last October, the Brennan Center for Justice found that at least 19 states have enacted 33 laws that restrict voter access following The Big Lie of the 2020 Presidential Election. Perpetuated by former President Donald Trump, many Republicans have embraced the idea that there was widespread voter fraud during the election despite no evidence of that fact.

The lawsuit in Texas comes after the conservative-leaning Supreme Court allowed Alabama and Wisconsin to move forward with maps that have been deemed discriminatory by Democrats.

In 2013, the Supreme Court “gutted the Voting Rights Act” according to The Guardian. Previously, states with a history of discrimination had to get prior clearance from the Justice Department or a federal judge when altering their voter maps. Currently, the burden of proof is on the federal government, which must instead show that redrawn maps are intended to discriminate.