The star-studded event kicked off Oscar weekend in style

Oscars weekend kicked off with a star-studded affair on Friday night when some of Hollywood’s brightest stars gathered for the 12th annual Governors Awards.

The event was hosted by the Academy of Motion Pictures Arts and Sciences, who gave Honorary Oscars to Liv Ullman, Samuel L. Jackson and writer/director Elaine May. They also honored Danny Glover with the Jean Hersholt Humanitarian Award.

The Dolby Theater was filled with flower-adorned tables where attendees enjoyed cocktails and a three-course meal while casually mingling and snapping photos.

Denzel Washington, whose nominated for the Best Actor Oscar for his role in The Tragedy Macbeth, paid a heartfelt tribute to Jackson, who was called up to the stage after a montage of some of his most memorable work—filled with his signature expletives—amused the crowd. 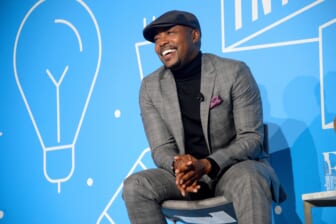 Also Read:
Will Packer gets real about taking on Oscars: ‘It’s a different load to shoulder’

Washington pointed out a long list of organizations Jackson has supported over the years. “Let me tell you something: We go back so far,” he said. “I don’t know what y’all been doing, but that’s what he’s been doing.”

During his acceptance speech, Jackson alluded to the stereotypical roles he has had to play as a Black actor in Tinseltown. “I’ll tell you, this is going to be cherished,” he said. “It’s been a real pleasure making indelible impressions on audiences as Gang Member No. 2, Bum, Hold-Up Man and the unforgettable Black Guy, just to name a few.”

Originally scheduled for January, the Governor’s Awards was postponed this year due to COVID-19 concerns—making this year unique for its close proximity to the Academy Awards, going down on Sunday.

Alfre Woodard also took the stage to pay tribute to her friend, Danny Glover. “He levels his light wherever a fellow traveler pools in darkness,” she said. “Danny Glover always does the right thing first, without testing the prevailing winds of public opinion.”

When Glover took the stage to accept the Humanitarian Award, he spoke of his ancestors; specifically his grandparents, who “didn’t allow their daughters and son to pick cotton in September and sent them to school in September,” he said. 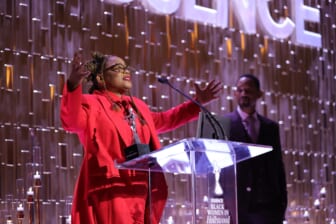 “Because of these heroic, amazing people in Louisville, Georgia, [my mother was] the first person to graduate from college in her family and in her community. She inspired me, my mother, because no one worked harder. No one dreamed harder and fought for justice.”

Check back with theGrio for more Oscars coverage all weekend long, and tune in on Sunday to see what producer Will Packer has cooked up for Hollywood’s biggest night.