Biden administration must extend Temporary Protected Status to Black migrants just as it has for 100,000 Ukrainians

OPINION: Failing to extend TPS to majority-Black nations only reinforces the disparate treatment of Black migrants in the United States.

Nana Gyamfi and Iman Boukadoum   |
A United States Border Patrol agent on horseback tries to stop a Haitian migrant from entering an encampment on the banks of the Rio Grande near the Acuna Del Rio International Bridge in Del Rio, Texas on September 19, 2021. (Photo by PAUL RATJE/AFP via Getty Images)

A recent letter from more than 280 leading national groups—including the Black Alliance for Black Immigration (BAJI), the nation’s largest Black migrant advocacy organization—implored the Department of Homeland Security to prioritize Temporary Protected Status (TPS) for Cameroon and other Black-majority countries.

Gripped by years of ongoing civil strife and violence, Cameroon is a country that has not been safe for people to return to for years. An estimated 40,000 Cameroonians residing in our country could directly benefit from the TPS designation. The time is now to designate Cameroon for TPS, especially as the removal of Black migrants by DHS officials continues to countries that lack COVID-19 vaccines and healthcare. 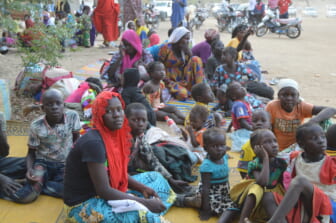 Congress passed the TPS statute so that citizens of certain countries living in the United States could receive a temporary reprieve from immediate deportation and permission to work in the United States for the duration of the designation if certain conditions in their home country make returning unsafe. The statute allows DHS, with advice from the Department of State, to designate a country for TPS when conditions in the country include 1) ongoing armed conflict, 2) natural disasters, including epidemics, or 3) other extraordinary and temporary conditions in the country that temporarily prevent safe return.

The current administration has demonstrated a willingness to extend TPS designation to new countries such as Venezuela, Afghanistan and Ukraine. Yet, the Biden administration failed to reverse one of Trump’s most anti-Black policies when it neglected to redesignate Haiti for TPS despite the clear animus undergirding the previous administration’s reasoning—Trump infamously calling Haiti and nations like it “shithole countries.” Indeed, Venezuela received a new TPS designation on March 8, 2021 for the first time before Haiti received redesignation on March 22, 2021. Haiti was redesignated only after a concerted effort by leading advocates as well as congressional pressure was brought to bear.

Many advocates hoped that the decision regarding Haiti, while delayed, would lead to a sea-change by current administration officials on immigration policy for Black migrants. Unfortunately, in September 2021, when hundreds of asylum-seeking Black migrants from Haiti were at the Del Rio, Texas, port of entry, Customs and Border Protection were seen on horseback hitting Black refugees in an egregious display of violence while turning them away. In a Sept. 29, 2021 letter sent to the Biden administration, the nation’s leading Black immigrant advocates and allies laid out a powerful rebuke for the human rights violations and racial inequity:

Your Administration has committed to advancing racial equity in all parts of government. This commitment is belied by the Department of Homeland Security’s actions on the southern border, where mass deportation and expulsion flights are returning Haitian migrants, without even a screening for asylum eligibility, to a country reeling from a devastating earthquake and presidential assassination. As recently as May, your Administration recognized the ‘political crisis and human rights abuses’ that render returns to Haiti unsafe. These flights confirm our fears that your Administration, like its predecessors, is utilizing harsh and illegal policies to deter people, particularly Black migrants, from seeking refuge at the border. Your Administration has promised to uphold tenets of racial equity, but is unleashing immigration policies infused with anti-Black racism.

In addition to disallowing relief for Black migrants who might have otherwise qualified for TPS status, the Biden administration has continued to overlook Black migrants. Earlier this month, Afghanistan was designated for TPS anew. TPS was extended to Ukraine in March shortly after Russia’s invasion. Moreover, the administration announced Thursday that the United States would accept 100,000 Ukrainian refugees even as it continues to deport Black and brown asylum seekers. 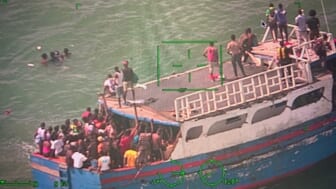 Iman Boukadoum is a nationally respected civil rights lawyer and senior fellow at the Rutgers School of Law, Center for Security, Race and Rights.