OPINION: While the U.N. may seem like a fancy place where world leaders gather to discuss the world’s problems, Black American ambassadors have been doing the work to ensure economic, political and social inclusion for people of African descent globally—and here at home. 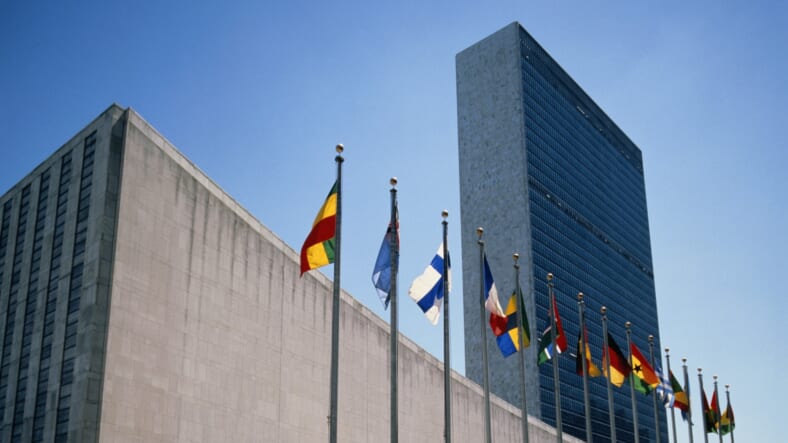 When I was awarded the Thomas R. Pickering Fellowship for Foreign Affairs in 2005, I was thrilled about the prospect of me, a little Black girl from Inglewood, Calif., becoming a U.S. diplomat. But my grandfather reacted with disappointment. “There are plenty of problems right here in your own community, Dez,” he told me.

My grandfather, Larry Aubry, dedicated his life to the relentless pursuit of justice and equity for Black people. Well-known in Los Angeles and recognized upon his death as the “godfather of South Central Los Angeles,” the L.A. Times described him as a “Black activist icon.” He taught me about the importance of community and the power of activism at home. He also taught me to recognize that advocacy has no limits on where it can go or whom it can impact. 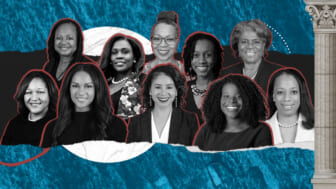 In 2005, I was a student who relied on financial aid, grants, scholarships and part-time jobs, so I was relieved to accept a fellowship that would cover the cost of my graduate studies and pave a path for a career with the U.S. Department of State. What I didn’t realize back then was how I would one day carry the torch of my grandfather’s activism by becoming a part of a long legacy of Black Americans fighting for justice through the work of the United Nations.

The history of Black American activism in foreign affairs is longstanding but largely unknown. Current U.S. Ambassador to the United Nations Linda Thomas-Greenfield—born in segregated Louisiana and, despite all odds, rose to the highest ranks of the State Department—is a continuation of that legacy, which can be traced through Black activists engaging with the U.N. from its very founding, including Mary McLeod Bethune who attended the 1945 conference to draft the U.N. Charter in San Francisco.

Black Americans have also pushed the U.N. to serve as a mediating body on global human rights issues. Ralph Bunche, who was instrumental in laying the groundwork for what became the United Nations, became the first Black American to win a Nobel Peace Prize in 1950 for his work in the U.N. to establish a Middle East ceasefire, and Dr. W.E.B. DuBois and Malcolm X lobbied the U.N. in pursuit of racial equity and justice for Black Americans and African descendent people around the world. After receiving the Nobel Peace Prize, Dr. Martin Luther King Jr. visited the United Nations in 1964 and three years later delivered a historic anti-war speech before the U.N.

Sixty years later, Black activists like myself are still working through the United Nations to defend human rights and freedoms for all. That includes Black people around the world and here at home. The horrific murder of George Floyd in May 2020 and the ensuing protests were flashpoints within a longstanding national dialogue around institutionalized inequity and police brutality against Black Americans and other communities of color. This galvanized a global call to action to address and dismantle systemic racism around the world.

In June 2020, the U.N. Human Rights Council unanimously adopted a resolution brought by African nations to condemn racism and discrimination in policing. This was a direct result of the activism of the Black Lives Matter movement in the U.S., which led to the creation of a global civil society coalition that pressured the U.N. to do something. While the United Nations may seem to some like nothing more than a fancy place where world leaders gather to talk about the world’s problems, this resolution embodied the tangible impact that diplomacy and advocacy can make. It went beyond a call to action against the scourge of racial injustice on a global scale—it put pressure on the United States to finally confront our legacy of systemic racism if we wanted to be seen as a credible leader on human rights. 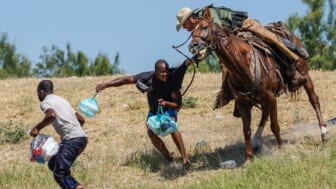 Also Read:
Biden administration must extend Temporary Protected Status to Black migrants just as it has for 100,000 Ukrainians

In March 2021, the United States began the process of doing just that by leading a joint statement on racism that was signed by 156 countries—a record number of signatories for a U.S. statement —in which we acknowledged “[a] great deal more needs to be done; many of our own countries suffer from historical inequities that, decades and even centuries later, still cast long shadows over the present day. But we believe that with resolve and cooperation, we can make a lasting difference globally.” 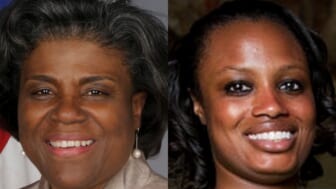 As the senior adviser in the U.S. Department of State’s Bureau of International Organizations, I worked to ensure that PFPAD had seats at the table for Black activists to guide this historic body. My team worked relentlessly to nominate and elect Howard law professor and founder/executive director of the Thurgood Marshall Civil Rights Center, Justin Hansford, to PFPAD in December 2021. Beyond having one of our nation’s leading scholars and activists on this body dedicated to improving the safety and quality of life of people of African descent, Professor Hansford’s election means that Howard University, one of the world’s premier HBCUs, is now represented on the global stage. The United Nations is lucky to work with an activist with a storied history of shaping Black leaders, just like my grandfather.

I am a Black activist. I come from a lineage and community of Black activists. I know firsthand how long these battles have taken, how progress may not always be linear, and how far we still have to go. I know that the speeches on racial injustice in the United Nations today are all too similar to the speeches my grandfather gave in South Central Los Angeles decades ago. I have no illusions that PFPAD alone can solve the myriad challenges that continue to face Black people in America and around the world. But I know that accountability, equity, and representation take us closer to a world where people of African descent get the recognition and human rights they have always deserved.

The establishment of a forum like PFPAD and the election of Professor Hansford brings me great hope. Galvanizing global commitment and action to honestly address and dismantle systemic racism directly support the kind of local, grassroots activism to which my grandfather dedicated his life. He raised me to never forget that there are problems right here in our own communities, and he prepared me to face them. I am dedicated to amplifying that activism so that every community can see its advocacy represented on the world stage. While my grandfather might have had initial reservations, I know I am making him proud by being a living testimony to what a little Black girl from Inglewood can do as a U.S. diplomat.

Desirée Cormier Smith is the senior adviser for the Bureau of International Organization Affairs at the U.S. Department of State.