Curtis Symonds is very likely responsible for some of your favorite television moments. As executive vice president of affiliate distribution and marketing for BET Holdings, Inc. from 1988-2001, Symonds helped the company rise from a fledgling cable network to a media behemoth. During his tenure, BET became Black America’s preeminent entertainment entity, as he facilitated its growth from 4% in sales revenue to 57%.

Now, as co-founder and CEO of HBCUGo.TV, Symonds, a graduate of Central State University, oversees the 24-hour streaming network that covers the HBCU community of 105 schools around the country. Allen Media Group, the parent company of theGrio, acquired HBCUGo.TV in 2021, which allowed it to partner with the CIAA (Central Intercollegiate Athletic Association) to broadcast 44 Black college games in football and men’s and women’s basketball this past season. 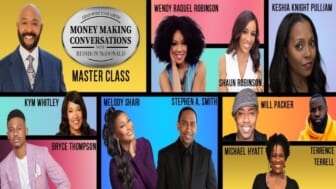 We caught up with Symonds, who is being inducted into the Broadcasting + Cable Hall of Fame this week along with media stalwarts Hoda Kotb of NBC, Universal Group Chairman Pearlena Igbowke, and ESPN, the first network to be inducted, also where Symonds began his media career.

We talked to him to find out what he believes is responsible for his longevity in a tough business, the future of HBCUGo.TV and how his upbringing prepared him for success.

TheGrio: To what do you attribute your longevity in an industry that has changed so dramatically since you got started?

Curtis Symonds: The thing that’s been the key for me over the years, I had a chip on my shoulder. I’ve been a sports junkie, all my life, and when I couldn’t make a high school basketball team I told my high school coach that I was gonna play four years of college [ball]. And I was able to do that. And I felt much the same chip when I got into the business. I told [CNN founder] Ted Turner that I was gonna sit on some boards with him before it was over. And he laughed at me –  ‘Yeah, young fellow, we’ll see.’ And within another year or so, I was on every single board in the industry.

And how I got there so fast was that Bob [Johnson, BET founder] just gave me his seats. And so that’s how I ended up jumping on all these boards. And it enabled me to roll within the industry. I was a big stickler on building my brand. I wanted people to understand who was Curtis Symonds? What was he about? And I think I was able, in my 14 years at BET, and my years of running a cable system for three or four years, and then working for ESPN for almost eight years, I was able to establish that pretty well in the industry. People saw how hard I work. 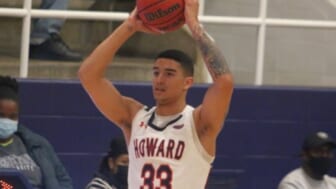 I agree with you totally on that. People are losing their minds with me partnering up with Byron. They want to know how did I make this happen? I said, I just happened to be in the right place at the right time. Going back to my point of the respect level in the business, I came in the door with HBCUGo.TV with no assets. But Byron felt like, if I get a guy like Curtis Symonds, I know he’s gonna help me drive some stuff.  And that’s why I can invest in this thing and know it’s not going to be dogmeat. And he’s right.

So how did you and Byron get together to make this happen?

I’d been working with HBCUGo.TV for about 11 years and Byron and I had had some in-and-out conversations. But what sparked it, was that about a year ago, Byron got a major award from Billboard. And Charles King [founder of MACRO] called me and said, ‘You seen this piece that Byron said about you last night?’ I said, ‘What piece? What are you talking about?’ And as soon as he called, to your point about luck, you know how things just happen, right after that, [another friend] called me and asked if I’d seen Byron talking about HBCUs and HBCUGo and sent me the link. It was an interview and the interviewer asked him about the Comcast case.

He said, ‘Well, the real reason I’m coming after Comcast is because a good friend of mine, Curtis Symonds, came to Comcast with an HBCU channel and they wouldn’t give him a channel. About four months later, [Byron’s] on The Breakfast Club. And they asked him the same question. And he responds in the same way. So I called him and said, ‘Look, you put me way out there in the soup with you, man. I said ‘You’ve got to help. Right? You’ve got to help.’ He said, ‘What do you need? And I said ‘I need to get some capital.’ He said, ‘Well, let me get through the suit. And let me get back to you.’ And he gets a major Comcast distribution deal. And that’s how we got to it.

You went to an HBCU. Is that why you’re so passionate about them? After working with HBCUGo for 11 years what kept you from giving up?

Being a sports nut and seeing ESPN build ESPN because I was on the ground floor at ESPN. I remember the day that ESPN had nothing, it was a joke. People said, ‘a 24 sports channel, really’? And all sudden, they got a little money behind them, and their world changed. So I’m on a mission to help our community better understand the value, the history, and the legacy of historically Black colleges. Because, you know, the middle-class, African American family now thinks I gotta go to a PWI (predominantly white institution) to get a quality job. Everybody who would look at my proposal would always say, ‘you’re on to something, man, I just don’t know how to make it work.’ So I just kept trying to keep us out there and keep the brand going and I was able to do it for 11 years.

The CW did a docuseries on Prairie View A&M’s marching band. Are you happy to see that HBCUs are now entering the mainstream, or do you feel as though we’re missing out? Because there are people who are doing things like you’re doing, then the CW comes in with these big dollars and they can say, ‘hey, look, we discovered HBCUs.’

It just always amazes me that white America always thinks it can jump over us by doing the little things like the CW piece. And now, we’re going to do a band piece. Well, there are 105 universities. We plan to showcase all events, not just one band. We’ll go down to Livingstone [College] and show those bands. No one is going to Edward Waters [University]. No one’s showing those bands. No one’s going to Kentucky State. They’re mid-majors. They’ll get to Howard and Jackson State. The SWAC and the MEAC get all the hype. They miss out on the CIAA and the SIAC. They’re not going to do it that well, and then people will come out and say ‘you missed out on this, and you should have done this or that.’

Now, I can’t let you go without asking you about your induction to the Broadcasting + Cable Hall of Fame. You are among the stellar inductees going in this year. How does it feel? 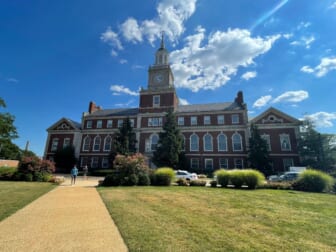 I’m truly, truly honored when I look at this industry. I didn’t just walk into a job. I built a job, right. I get very disturbed now with a lot of people who have titles. I can swing a bat. There are a lot of people in the industry who have VP, EVP, SPP stripes, [but] they can’t swing a bat worth a damn. You can’t write a check? ‘Nah, I have to talk to some people.’ Well, I was blessed. I could. Bob [Johnson] gave me that green light. You know, a lot of other people don’t have a green light. It’s an honor and I think the Broadcasting Hall of Fame — it’s my Oscar. I feel very proud of what I’ve done and to have my peers recognize that, it’s an honor.