John Mitchell and Wilbur Jackson are now members of the Alabama Sports Hall of Fame.

The university unveiled a plaque honoring Jackson and Mitchell Saturday in a ceremony before the current team’s end-of-spring A-Day game, more than 50 years after they broke the color barrier.

“It was a moment I will never forget,” said Mitchell, who had become emotional when he spoke at the ceremony. “It was very touching. You grow up a little Black kid from south Alabama and these are things you never dream of. ”

The two 70-year-olds were also honored at halftime.

The introverted Jackson became the Tide’s first Black scholarship football player when he signed on Dec. 13, 1969. In 1971, defensive end Mitchell, a transfer from Eastern Arizona Junior College, became the first to play in a game.

Jackson became a star running back for Alabama, the only school to offer him a scholarship. He was a first-round draft pick in 1974 by the San Francisco 49ers, where he played five seasons before spending three more with the then-Washington Redskins.

“If somebody had told me when I was 18 or 19 years old, that 50 years later we would be here today being recognized for integration, I would never have believed it,” Jackson said. “And yet here we are.”

Both are now members of the Alabama Sports Hall of Fame. 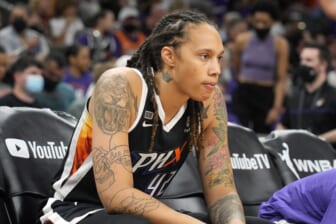 Tide coach Nick Saban showed his team a video of Jackson and Mitchell last year, the 50th anniversary of Mitchell’s first season on the field.

“These guys were people who did something that nobody else was really willing to do that created so many opportunities and changed lives of so many people and changed the mind-set of a lot of other people and was a big step in desegregating the South,” Saban said. “And I think Coach Bryant should be commended for what he did to make that happen.”

Jackson and Mitchell each said Bryant told them if they ever had a problem to come see him first.

Both said they never had to make a trip to Bryant’s office for that reason.

“A lot of people don’t understand the situation back then,” Mitchell said in a phone interview with AP earlier in the week. “Coach Bryant handled the situation as well as any coach could handle it. And I’ve said this before, if it had been anybody but Coach Bryant, the situation probably could have been different.

“He didn’t treat me any different, or Wilbur, than any other players on the team.”

Mitchell got his coaching start as Bryant’s defensive line coach from 1973-76 shortly after wrapping up his playing career. He still uses lessons learned under Bryant and his Alabama staff and saved the notes from those staff meetings.

Back then, he roomed with white teammate Bobby Stanford, who remains a close friend and served in his wedding. Stanford made the trip to Tuscaloosa for the ceremony from Albany, Georgia. 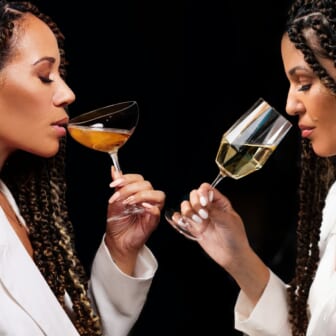 Earlier in the week, he recounted how Mitchell came to Bryant’s attention in the first place. USC coach John McKay had mentioned to Bryant that the Mobile native was planning to come play for him. Bryant excused himself and called back to Tuscaloosa, ordering an assistant to track Mitchell down.

“Worst mistake John McKay ever made was telling Coach Bryant about him,” Stanford said in a phone interview.

“Coach Bryant had been trying to sign Black ballplayers for years, and the power structure in the state of Alabama wouldn’t have it,” Stanford said. “Even as strong as coach Bryant was, it wasn’t easy. He tried.”

And ultimately, he succeeded. So did Mitchell and Jackson.