Nas and the Wu-Tang Clan are embarking on a co-headlining tour. The hip-hop legends announced the NY State of Mind Tour will begin this summer.

The 25-city trek will start on Aug. 30 in St. Louis, Missouri, at the Hollywood Casino Amphitheatre. The tour will stop in cities including Virginia Beach, Tampa, Atlanta, Charlotte, and Dallas. The final stop on the tour is Los Angeles, at the Hollywood Bowl. 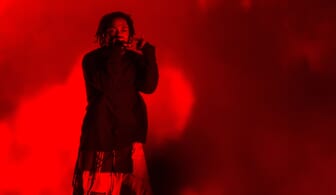 The tour is named after one of Nas’ most beloved songs, taken from his acclaimed debut album, Illmatic. The announcement of the tour comes weeks after Nas gave a show-stopping performance at the 64th Grammy Awards.

Nas built his reputation as one of the most important rappers in music history starting in the early 90s. Throughout a career that’s spanned three decades, the Queensbridge MC has released seven platinum albums, winning his first Grammy in 2021 for Kings Disease.

Wu-Tang Clan is one of the most singular groups in hip-hop history. The Staten Island collective burst onto the scene with their 1993 debut, Enter The Wu-Tang (36 Chambers), featuring the idiosyncratic production of co-founder RZA, incorporating aspects of Kung-Fu culture and films within the music.

While Wu-Tang has released critically and commercially successful albums as a group, many of its members branched out to have successful solo careers in their own right. This includes Method Man, GZA, Ghostface Killah, Raekwon, and the late Ol’ Dirty Bastard. 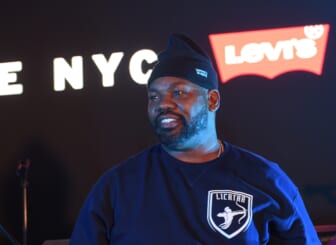 Wu-Tang’s dynamic story has been told both in an Emmy-nominated Showtime documentary, Of Mics and Men, as well as a dramatized television series, Wu-Tang: An American Saga. The latter was renewed for its third and final season. In November 2021, Raekwon released his memoir, From Staircase to Stage: The Story of Raekwon and the Wu-Tang Clan.

Tickets for the NY State of Mind Tour will go on sale starting April 26 at 10:00 a.m. via Live Nation.