Raekwon reflects on life, career and culture in new memoir

Exclusive: The Wu-Tang Clan MC spoke with theGrio about his new book, 'From Staircase to Stage: The Story of Raekwon and the Wu-Tang Clan'

How do you stand out in a crew of nine MCs who can all rap their asses off? One of the numerous ways that Raekwon the Chef was able to hold his own with Wu-Tang Clan, besides his slick wordplay, was how he would begin his rhymes:

“I grew up the crime side,
The New York Times side,
Stayin’ alive was no jive,
Had secondhands, Moms bounced on old man,
So then we moved to Shaolin land,
A young youth, yo, rocking’ the gold tooth, ‘Lo goose,
Only way I begin the G off was drug loot,
And let’s start it like this, son,
rolling with this one, and that one,
Pullin’ out gats for fun…”

Those are the opening bars of Wu-Tang Clan’s “C.R.E.A.M.,” the standout single from their 1993 debut album, Enter The Wu: 36 Chambers. Nearly 30 years later, Raekwon is releasing his life story via the memoir, From Staircase to Stage: The Story of Raekwon and the Wu-Tang Clan. After reading it, you’ll realize that those aforementioned bars from “C.R.E.A.M.” were cliff notes to his story. 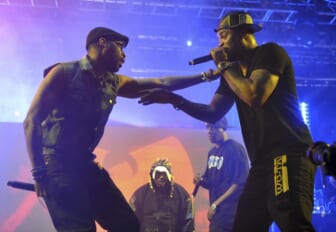 The man who spit unforgettable bars on hip-hop classics like “Protect Ya Neck,” “Ice Cream” and “Incarcerated Scarfaces” always had an immaculate way with words. So, it’s no surprise that he was able to compose the book that captured the ins and outs of his life at all phases in such a compelling way.

From Staircase to Stage is the story of a boy from a single-parent household; equally raised by his mom, aunties, cousins as well as the streets of Staten Island. It illustrates how teenage boys meeting up behind a staircase, smoking weed and drinking still possessed a spirit of innocence in a time when the older men and women alike were hustling, even running drug rackets out of a project candy store.

However, you’ll also read about how hip-hop culture engulfed itself within the community, from the beats of Run DMC and MC Shan, the lyricism of Rakim, to the slick fashion of folks like Big Daddy Kane, the hip-hop haunts like Manhattan’s Latin Quartet and Union Square, and nimble breakdancing. This story is just as much of a crash course in hip-hop history as a whole in its infancy as much as Wu-Tang’s history.

With over two decades in the record business, full of Wu-Tang albums, solo releases, and business endeavors, Raekwon has done and seen so much. With that time and experience in his rearview, and documentaries and scripted series about Wu-Tang as a unit, he knew that it was the right time to tell his own story — his own way.

The 51-year-old spoke with theGrio about the process of writing his first book and elements from it that were crucial to his life up to this point.

“When you go there and you say, you did 25 years in the business, it’s that time where you got to start looking at things like this. You know, books, films, biopics, you know, things like that,” Raekwon told theGrio. “And my team, you know, big advocates and telling me to write a book.”

Raekwon’s knack for storytelling is well documented in his music catalog. For some, the act of long-form writing such as this memoir is a different animal. However, Raekwon found similarities in the book writing process, with co-author Anthony Bozza, to writing a 16 bar rap.

“If I’m writing something and then I decide to write a concept, you know, a rhyme, you know, I would sit down and precisely map it out according to how much detail I want to show the people visually within that rhyme. So it’s the same way as if he was, you know, writing a book or something,” he said.

In fact, Raekwon found the experience more liberating for him because he had more range and freedom to express without the restraint of using rhyme and matching verse with the music. “Book writing was interesting because now I get to paint a picture without having to worry about rhyming other words, connecting in certain things. But I’m still on top of the beginning, the middle to end.”

One of the most intriguing revelations of From Staircase to Stage is how much the presence of his extended family loomed large in Raekwon’s coming of age. His aunt Joyce, cousins Brenda and Dorinda were experienced in all manners of life that most young people never get to see, and it had an effect on Raekwon. 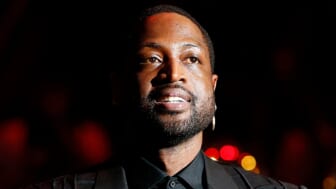 Then there’s Brenda and Dorinda’s hustling teenage brother Unique, taking Raekwon on drug runs via motorcycle while also schooling him on how to be a good person and informally schooling him on the importance of aligning himself with loyal women. Raekwon expressed the paradox of how his family members always encouraged him to stay on the straight and narrow path while also not shielding him from the dark elements of street life.

“A lot of times I used to hang around my cousins, my girl cousins, [who were] older than me, but they were experienced. They knew about life at a young age because their mother allowed them to, you know, see a lot, you know, and then had, you know, their brother, which is my cousin, you know, he was the only male figure.”

Aside from the tales of Raekwon and his “Fat Albert Gang” playing baseball together, trying to put gold in their teeth, and hustling to get nice clothes, he also gave some important insight into the ins and outs of the record business. One such lesson came from witnessing Wu-Tang co-founder RZA cultivate the Clan’s record deal with Loud Records.

He explains how RZA convinced Loud not only to sign a nine-member rap group but understand the value of them all having their own solo opportunities.

“When RZA and all of us connected, it was almost like, you know, you bring in the all-star team to play in one game, but at the end of the day, we’re not going to go up to the labels and allow them to just take advantage of us knowing that we have so much to offer.”

From Staircase to Stage: The Story of Raekwon and the Wu-Tang Clan was released on Tuesday and is available for purchase.