Lizzo is not dating ‘every little white boy,’ but she is seeing a ‘mystery man’

Pop sensation Lizzo confirmed this week that she is dating someone. The star was recently spotted with a man in Los Angeles and the pair were captured by the paparazzi holding hands on Valentine’s Day. The man was clad in a facemask as they left Craig’s—a restaurant in West Hollywood, according to the Los Angeles Times.

“You were photographed in L.A. in February at Craig’s with a mystery man,” Andy Cohen asked the star on Monday during his show Radio Andy. He asked, “Are you guys still together?”

She laughed and said, “Yeah, whatever. Yeah.” 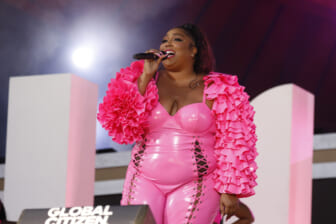 Cohen then asked the Grammy-winner if it was difficult to date a “regular” person.

“Unless you date Harry Styles — and if you did, I would love to hear more about that — … there’s going to be a disparity,” Cohen said. “You’re Lizzo, huge superstar, and this person is whoever that person is. Is that hard … in a relationship?”

Lizzo responded, “If you have the right person, no. Not at all. It’s not even a factor. Because it should be mutually supportive no matter what that person does.”

Cohen asked if the mystery man attended her taping of Saturday Night Live, when Lizzo was the host and musical guest. She laughed at Cohen’s digging, saying, “Damn, you’re really good at this s—. You get the scoop, don’t you?”

The star joked that she has long been the subject of rumors about her romantic life. even naming one of her singles from her new album, “Rumors.” 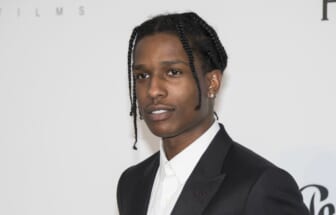 She told Cohen, “I’ve heard a lot of gossip online that I’m dating every little white boy in Hollywood. They think I’m collecting members of One Direction like Infinity Stones.” The pop sensation has also joked about dating and having a baby with actor Chris Evans—including recording a TikTok where she claimed to be pregnant by the star, adding, “It’s called manifesting!”

Lizzo is currently promoting her new album, Special, which will be released on July 15.