John B. King calls on Joe Biden to be ‘bold’ and cancel student loan debt

In a sit-down interview with theGrio, the Maryland gubernatorial candidate explains why canceling student loans are a top priority for his campaign--and why Democrats need to push the issue nationally.

Maryland gubernatorial candidate, John B. King, is calling on President Joe Biden to take student loan debt cancellation to the next level.

“This is the moment where the president could do something really bold,” says King, in a one-on-one interview with theGrio.

King, who was the second African-American and first Afro-Latino to serve as Secretary of Education in U.S. history under the Obama administration, joins a chorus of Democrats who say President Biden has to lead the way on student loan debt cancellation.

“He can actually do that on his own with executive authority,” King tells theGrio, citing Biden’s ability to use executive orders rather than advocating for cancellation via legislation in a highly-divided Congress.

“During the Obama administration, when I was secretary, we helped to stand up a process for canceling student debt. Focus then on folks who were taken advantage of by predatory for-profit colleges. That’s where we started. That same set of tools could be used now to cancel debt for all borrowers.“ 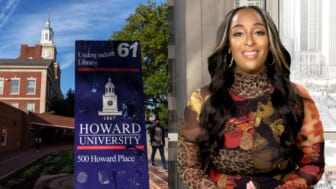 Biden has canceled more than $20 billion in student loan debt for Americans who work in public service and has used executive orders to extend the delay on student loan payments during the pandemic. But many progressive Democrats, including King, want him to go further.

King found himself still paying off his student loans when he worked at the White House, just miles from Gaithersburg, MD where his great grandfather was enslaved in a cabin.

“Both my wife and I had debt that carried with us,” King tells theGrio. “But it was a good investment. In the end, the opportunities I’ve had are tied to the education that I’ve had.”

King’s education paved the way for him to take over the task of leading the nation’s schools, and now, to run for governor of Maryland. 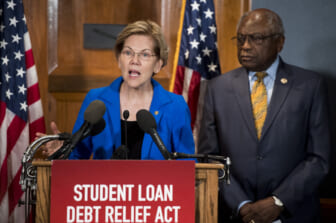 He’s made student loan forgiveness a top priority for his campaign, promising to expand the amount of debt cancellation for teachers in schools with students from low-income communities. For voters who are frustrated with Democrats in particular, who made promises to Black communities about everything from voting rights to loan forgiveness, King says they still have power to press for certain outcomes.

“Think about Senator [Joe] Manchin who is blocking so much of Biden’s agenda,” King tells theGrio. “We have to make sure candidates are running in primaries, that we hold people accountable when they aren’t delivering what the people need.”

Watch the interview with John B. King above and subscribe to theGrio’s YouTube and streaming channels on Roku, Amazon Fire, and Apple TV for more exclusive clips!