The debate over canceling student loan debt is getting louder as an impasse continues in Washington about how many thousands of dollars in student debt to cancel. But there are also arguments that debt forgiveness could change the financial outlook for Black borrowers, particularly Black women.

Although the Biden-Harris administration recently extended the moratorium that pauses student loan repayments until Aug. 31, members of Congress, advocates, and borrowers themselves are still calling on President Joe Biden to go further with the cancellation of student loan debt.

President Biden has previously supported eliminating $10,000 per borrower, but members of his party, like Senate Majority Leader Chuck Schumer, have called for canceling at least $50,000.

One of those Democrats leading the charge for student cancellation is U.S. Senator Elizabeth Warren of Massachusetts. 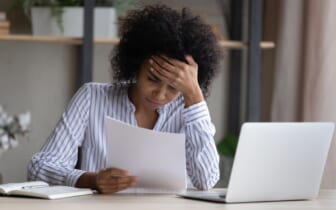 “If the president of the United States would cancel $50,000 of student loan debt, which he has the power to do…about 85% of the people who have student loan debt would see all of their debt wiped out,” Senator Warren told theGrio in an exclusive interview.

Drilling down into the weeds of the matter, there is also racial imbalance as Black and Latino borrowers have been most impacted by the financial burden of student loan debt over the decades.

Warren has seen the number crunching, especially regarding race and student loan debt repayment. “We have now studied people 20 years out. So 20 years after you borrowed money to go to college, the average white borrower owes about 5% of what they originally borrowed…the average Black borrower owes about 95%,” said the former Democratic presidential candidate.

Senator Warren said the money saved from debt cancellation could go to wealth building like buying a home and creating a business, “and it would mean that then we could focus on getting the remaining 15% or so into repayment plans they could manage.”

Warren claimed that canceling student loan debt would close the wealth gap between Black and white Americans by 27 percent. The former Obama advisor for the Consumer Financial Protection Bureau said, “canceling $50,000 in student loan debt would be the single most powerful thing the president of the United States could do all by himself to help shrink the Black, white wealth gap in America.”

But the White House has yet to budge on its position that student debt cancellation should go through Congress and not the executive branch. At a press briefing last week, White House Press Secretary Jen Psaki said the administration has not ruled out debt cancellation through executive action, emphasizing that the president “would encourage Congress to send him a bill canceling $10,000 in student debt, something that he talked about looking forward to signing on the campaign trail.” 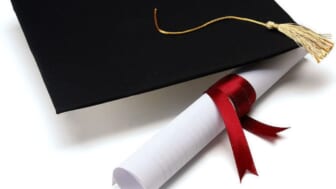 Senators Warren and Schumer have allies in their quest to have $50,000 worth of student loan debt canceled by the federal government. Data shows that loan cancellation would significantly aid Black women borrowers disproportionately impacted by student debt.

Victoria Jackson, Assistant Director for Higher Education Policy at The Education Trust, conducted the National Black Student Debt study of 13,000 people, including 100 interviews, and found that “Black women are hit the hardest after “borrowing the most out of any racial or ethnic group and also by gender.”

“We see that for federal undergraduate borrowing, Black women, on average, are borrowing $38,800, and for their graduate degrees, they’re borrowing over $58,000.”

“[It] makes sense because more women are going to college and receiving degrees than there are men generally. But for Black students, because largely they don’t have parents that are able to fund all or even part of their college, in many cases, Black students, whether they’re male or female, end up taking out more student loans,” Cross told theGrio.

She also noted that “Black women and Black graduates, in general, have such a large student debt burden [and] are often mired with having to take care of family situations at home, send money back home while they’re in college, take care of things that aren’t necessarily expected of your average college student.

“I think that all of those things, in addition to graduating and not having the same job opportunities as a white student with the same degree are things that make the burden even higher for Black students.”

“What Black women often discover is that the white guy can get the job of principal or superintendent of school just with a bachelor’s degree. But a Black woman can’t compete for that job and sees that she needs to credential up, get a master’s degree, get even a Ph.D. so that she can go ahead and compete on what she hopes is going to be a level playing field,” Warren told theGrio.

“Now what the data from now show is that a Black woman with an advanced degree on average makes $37 an hour…a white man with no advanced degree makes about $46 an hour.”

Senator Warren has long said that student loan debt is about “racial justice” and “gender justice,” explaining Black women are “trying to shoulder more debt and still have lower earnings,” adding, “It’s about how we build an America where everyone has a chance to build a future.“

Education, its cost and the debt that follows can be a vicious cycle for Black students and students of color looking to gain entry to America’s middle class that a college education often provides.

Walter Kimbrough, President of Dillard University, told theGrio exclusively, “I would say while they are students, some overextend themselves with work to reduce their loans which impacts academic performance and prevents them from accepting unpaid internships which often lead to lucrative careers.”

Kimbrough went on to say, “Long-term debt has a multiplier impact on Black students as they earn less than white peers with comparable degrees and experiences, so it takes longer to repay and therefore reduces generational wealth-building so that their kids won’t have large student loan debts.” 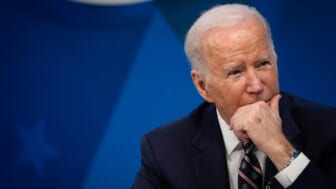 Jackson of The Education Trust contends that “canceling at least $50,000 in federal student loan debt would alleviate the debt burden for over 90% of Black people with student debt.”

While the Biden White House appears adamant that student debt cancellation should be done legislatively through Congress, Cross expressed concern given the “hyperpartisan environment” on Capitol Hill.

“You would be remiss to say that we haven’t heard some of the comments from conservative wings about who they think should qualify for certain student debt forgiveness and who they don’t,” she said. “In addition to the fact that there is an overwhelming push from those who have had the luxury of already paying off their student debt or coming out of college with very little student loan debt because their parents took care of the debt burden, who quite frankly, think that everybody should have to pay it back regardless of their circumstances.”

Cross added, “Looking at the upcoming midterms and the fact that without the stroke of the president’s pen, if there is an idea of going through Congress, this will be a very uphill battle.”