The legislation would eliminate eligibility for parole through good behavior or programming credits for some felonies.

The Republican-led legislature in Tennessee has passed a controversial criminal justice bill they are calling “truth in sentencing” that would require people convicted of certain felonies to serve 100% of their sentence.

According to The Tennessean, the legislation would lengthen some prison sentences in the state. It was passed by the General Assembly on Thursday after some final modifications. The bill would essentially eliminate eligibility for parole through good behavior or program credits for some felonies, including attempted first-degree murder, second-degree murder, vehicular homicide, carjacking, and several others.

The list of felonies that could still be subject to lesser time served due to prison programs and good behavior is lengthy and includes aggravated assault, reckless homicide, aggravated robbery, and more.

“Right now when we say someone is sentenced to 10 years, that 10 years could literally be a year and a half or it could be 8 years,” Sen. Jon Lundberg, R-Bristol, said. “The message is Tennessee is really tough on crime. I think that’s a very effective deterrent and, policy-wise, important for us to communicate.”

Gov. Bill Lee is reportedly not “pleased” with the bill, which would roll back some of his criminal justice reforms. His proposed $150 million budget for a Violent Crime Intervention Fund was slashed by a third with special designations for law enforcement, according to the Tennessean.

According to the Tennessee General Assembly website, the legislation passed the Senate, 20-6, and the House, 86-9, before heading to Lee’s desk. 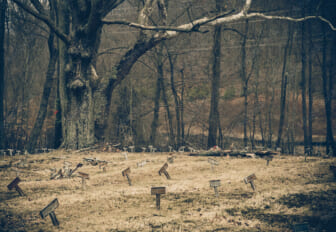 “While it sounds tough on crime, there’s just not evidence that it works,” said Senate Minority Leader Jeff Yarbro, D-Nashville. “Fundamentally, it also goes against what we’re trying to achieve. We know when we send people to prison, most of them are going to come back out and re-enter our society. We want to decrease the likelihood they return to a life of crime.”

The American Conservative Union, one of the nation’s oldest conservative advocacy groups, stood with criminal justice advocates and faith-based organizations in opposition to the bill, warning that it runs counter to anti-recidivism programs. Opponents also believe it would increase prison costs and capacity.