The filmmaker appeared at CinemaCon 2022, where he discussed the film and debuted exclusive footage

The next Jordan Peele movie is on the way, and while attending CinemaCon this year, the filmmaker gushed about his upcoming horror flick, telling the audience he is “very proud of it.”

It’s been months since Peele dropped the first trailer for his latest movie, Nope and fans still can’t wait for the film to premiere in theaters. Starring Daniel Kaluuya, Keke Palmer and Steven Yeun, much of the film’s details have been kept under wraps, but one thing is for sure: Peele wants you to scream the film’s title at the screen while watching. 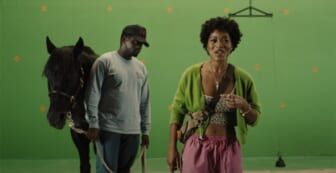 Teasing the new film and techniques used to craft the story, he shed plenty of light on his new film at CinemaCon on Wednesday, per People. “I’m very proud of it. We shot Nope in 65 mm in IMAX. Incredible. The IMAX cameras allowed us to capture some incredible images, unlike anything on film before. We used some new techniques that we’ve never seen before.”

He went on to break down the title of the film, implying that it directly ties into how he wants the audience to react to the material. “I love a rapt audience,” he explained. “I love to encourage that interaction because that’s what’s giving the audience a unique experience. Roller coasters aren’t fun alone. Being scared isn’t fun alone. You need that energy.” 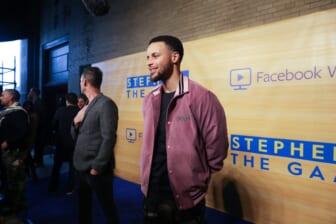 He added, “I know a lot of people who say when it’s a scary movie they say, ‘Nope!’ Especially Black audiences, right? We love horror but there’s a skepticism.”

As for if fans have been able to predict the film’s plot with online theories, Peele shared, “Some get kind of close, some are nonsense. Some are not even remotely close. Some are useful. I appreciate the audience that is engaged and looking for clues.”

Nope will hit theaters on July 22.