Award-winning actress Viola Davis is the proud mother of 11-year-old daughter Genesis, whom she says has been a source of healing from her own childhood trauma.

“I feel about Genesis the same way I feel about myself when I look at myself when I (was) younger,” Davis said during an appearance on TODAY with Hoda & Jenna Wednesday. “I think it’s a great opportunity to grow and even learn about me, because I have to give her affirmations — every day I do it.” 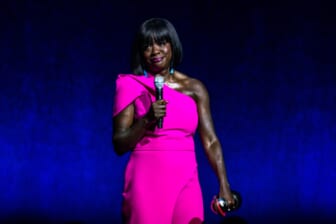 Davis shared with the hosts some of the empowering affirmations she tells her daughter daily.  They include:

Davis said the wisdom she showers her daughter with is also what she uses to empower herself, as Davis says she never received such advice as a child. As reported previously by theGrio, the 56-year-old Hollywood icon reveals in her new memoir, Finding Me, that she was raised in poverty and endured sexual abuse along with her oldest sisters.

The book also details how Davis grew up in a dilapidated, rat-infested building and had to dumpster-dive for food. She unpacks how she was bullied by boys at school for being dark-skinned, and the physical and emotional abuse she, her sisters and mother experienced at the hands of her alcoholic father.

Earlier this month, on Kotb’s “Making Space” podcast, Davis explained that she had very little protection as a child.

“If I felt like I was running for my life from the eight or nine boys, I felt then I had to go into a home where I was running for my life,” she said. “That’s what it felt like when I would witness the violence between my mom and dad. I keep remembering these moments of violence that even happened at night in the middle of the street. And not one window opened. No one came out to help.” 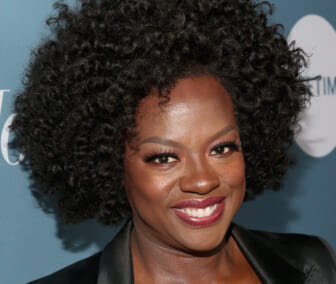 Davis refuses to carry on the cycle of dysfunction with her daughter, whom she shares with husband Julius Tennon.

In a 2019 interview with People magazine, Davis said her love for Genesis “surpasses anything that I could want from the material world.”

“I empower her to understand that she has to count it all as joy. Even her mistakes, her failures, her triumphs, what she looks like, all of it,” she continued. “That’s all a part of her loving herself, even if none of those things change.”