Ed Stanton III is set to review Tennessee’s lethal injection protocols after the state called a temporary halt to all executions this year “due to technicalities,” according to The Commercial Appeal.

On Monday, Tennessee Gov. Bill Lee’s office announced “an investigation by a respected third party.” The team chosen is the Butler Snow law firm, where Stanton is group leader of commercial litigation and a board member. He will be the probe’s lead lawyer.

Stanton, 50, was appointed by President Barack Obama to serve as U.S. attorney for the Western District of Tennessee and did so from 2010 to 2017. “During his tenure, he managed major criminal and civil cases focusing on violent crime, financial and health care fraud, racketeering, international drug trafficking, terrorism, child exploitation and cybercrime,” according to the Butler Snow website.

The Appeal reports the state of Tennessee has not given the exact reasons for the temporary halt in executions. However, Butler Snow’s statement says the firm’s role is to investigate issues surrounding the testing of the lethal injection chemicals, clarity in the process manual for lethal injections, and staffing considerations of the Tennessee Department of Corrections. 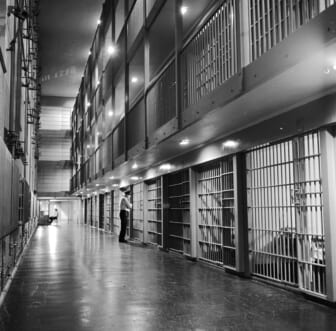 Also Read:
Tennessee passes bill requiring people to serve 100% of their sentence for some felonies

Stanton is highly experienced, and his selection was not a surprise, according to AC Wharton, who has served as mayor of both Shelby County and Memphis, as well as a defense attorney and law professor. Wharton describes Stanton as “extremely intelligent, capable, [and] of impeccable character,” according to The Appeal. He also notes that former top federal prosecutors like Stanton are often selected for roles like this since they have already been vetted by the FBI, reducing the risk of the report being rejected or doubted.

Stanton is currently the court-appointed monitor of the case of ACLU v. City of Memphis, which stems from federal consent decree violations by the Memphis Police Department. He has previously acted as lead counsel of one other independent investigation “for one of the nation’s largest public school systems concerning athletic compliance issues, allegations of systematic grade changing scheme, fiscal improprieties and employment-related claims,” as noted on the Butler Snow website.