Man accused of Dave Chappelle attack only charged with misdemeanor

The Los Angeles City Attorney's Office says that Isaiah Lee, who allegedly tackled Chappelle on stage, will not be charged with a felony.

Isaiah Lee, the man accused of attacking Dave Chappelle during a stand-up set on Tuesday will now only be charged with a misdemeanor. Lee was originally facing felony charges.

When Lee was first detained, police said that he would be charged with assault with a deadly weapon. Lee is accused of jumping on stage during Chappelle’s set at the Netflix Is a Joke comedy festival at the Hollywood Bowl and “appeared to push the 48-year-old comedian, knocking him to the ground,” People reported. 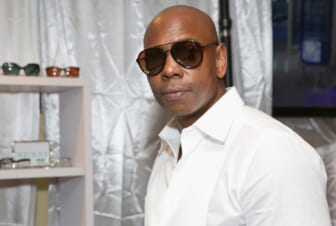 Lee was stopped by members of Chappelle’s team and venue security when he attempted to flee. He was then arrested. Footage posted on social media shows that Lee was injured while being subdued by security and Chappelle’s entourage. Police confirmed that Lee was treated for his wounds prior to being cleared for arrest.

When he was searched, Lee was allegedly found with “a replica handgun with a knife,” but Chappelle was not injured.

A spokesperson for the Los Angeles County District Attorney’s Office issued a statement indicating that Lee would not be charged with a felony.

The statement said that the DA’s office “has referred the case to the Los Angeles City Attorney’s Office for misdemeanor filing consideration. After reviewing the evidence, prosecutors determined that while criminal conduct occurred, the evidence as presented did not constitute felony conduct. The District Attorney’s Office does not prosecute misdemeanor crimes within the city of Los Angeles.” 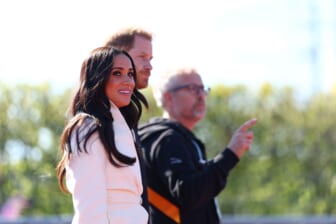 A spokesperson for the Los Angeles Philharmonic Association also issued a statement on behalf of the Hollywood Bowl. “The safety of our artists, visitors, and staff is the LA Phil’s top priority,” the spokesperson said. “The incident that occurred at the Hollywood Bowl on May 3, 2022 remains an active investigation, and we are unable to comment further at this time,” People reported.

his set. Smith slapped Rock after the comic joked about his wife, Jada Pinkett Smith. Fatefully enough, Chris Rock, who Smith slapped at the Oscars in March, helped with crowd control after the incident, CNN reported.

In a statement to CNN, Chappelle’s rep, Carla Sims, said, “as unfortunate and unsettling as the incident was, Chappelle went on with the show. Jamie Foxx and Chris Rock helped calm the crowd with humor before Chappelle introduced the last and featured musical guests for the evening.”