The GOP, led by Donald Trump, is hungry for power and will do whatever it takes to achieve it – and at the expense of Black Americans. 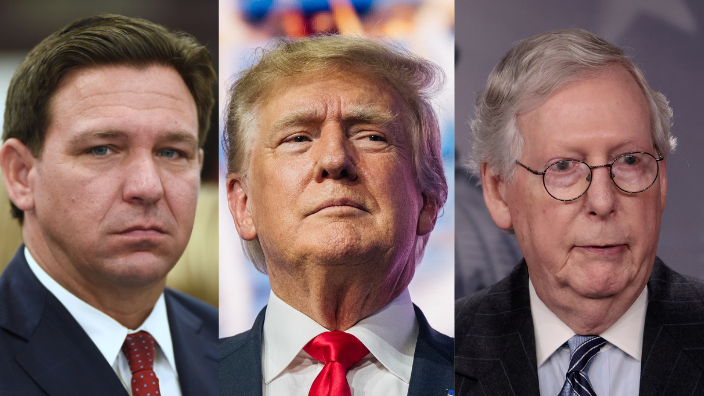 Power-hungry Republicans are embracing Jim Crow tactics to suppress the Black vote, keep Black votes from being counted, and minimize Black representation in local, state and federal elective offices around the country.

Many of these Republicans are falling over themselves trying to win the endorsement of twice-impeached former President Donald Trump in primaries by embracing the toxic policies of his MAGA Agenda — including policies harmful to Black people — and by claiming to believe Trump’s Big Lie that he won the 2020 presidential election. 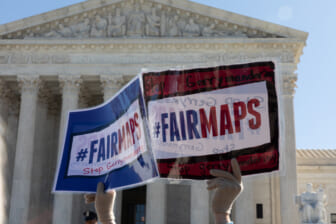 A prime example of Republicans bowing down to Trump is J.D. Vance, who won the Republican U.S. Senate nomination in Ohio on Tuesday after going from a harsh Trump critic to a fawning Trump superfan.

Another example is House Minority Leader Kevin McCarthy (R-Calif.), who sharply attacked Trump in secretly recorded conference calls with fellow Republicans after the Jan. 6, 2021 attack on the Capitol, but then falsely denied his recorded remarks and became a leading Trump defender and apologist.

And yet another example is Florida Republican Gov. Ron DeSantis, who is eyeing a run for the Republican presidential nomination in 2024 and is trying to appeal to Trump’s base as a younger version of the former president (DeSantis is 43 and Trump is 75).

DeSantis recently signed a bill into law redrawing congressional districts in his state to reduce the number of districts where Black candidates have a good chance of being elected. He also signed legislation restricting the discussion of race and gender issues in schools. He’s even taken action against Florida’s largest private employer — the Walt Disney Co. — for daring to criticize his policies.

It’s sad that rather than appealing to Black voters with policy positions that will attract their support, many Republican elected officials today are doing all they can to prevent Black people from voting and to minimize the impact of the ballots they cast. This is an ugly throwback to the time before the 1965 Voting Rights Act, when millions of Black people in the South, including my parents and other relatives in Louisiana, were denied their constitutional right to vote.

On the federal level, Senate Republicans are blocking desperately needed voting rights legislation advanced by President Joe Biden and Vice President Kamala Harris that would prevent Republican-sponsored voter-suppression laws from being imposed in states around the country.

According to the Brennan Center for Justice, 14 states have enacted laws since the beginning of 2021 making it harder to vote by mail, nine have enacted laws making it harder for voters to get help registering and casting ballots, seven made voter identification laws stricter, and two have imposed new limits on Election Day voter registration. These laws disproportionately harm Black Americans. 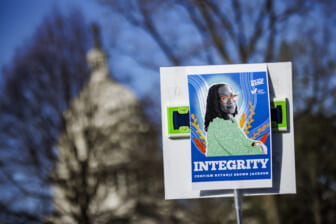 Elections are about the future. Most voters want to know what candidates will do to improve their lives if elected, not rehash Trump’s crazy conspiracy theories. They’re sick and tired of hearing Trump lie, whine and complain, and have temper tantrums like a big crybaby about his defeat. In all of American history, no defeated presidential candidate ever refused to concede defeat before Trump came along.

Republicans are also playing the race card — appealing to whites who feel disadvantaged by affirmative action and other long-overdue steps designed to open the door to the American Dream to people of every race and ethnicity. The Republicans are even trying to ban an accurate discussion of slavery, systemic racism and other aspects of Black history, calling this “critical race theory” and portraying it as some kind of evil plot.

On top of this, Republicans are trying to move backward in other ways. They are working to outlaw most abortions state-by-state and even nationwide if the Supreme Court overturns the constitutional right to an abortion, as it is expected to do, according to a draft court opinion that was leaked and published by Politico.

Justice requires that Republican efforts to suppress and weaken the impact of Black votes, whitewash American racism, restrict the freedom of LGBTQ+ Americans and outlaw abortion be defeated in the courts and at the ballot box.

President Biden, Vice President Harris and Democrats in Congress have made great strides to improve the lives of all Americans, protecting us against the coronavirus, lowering the unemployment rate, enacting legislation to revitalize our infrastructure, enacting the American Rescue Plan and much more. 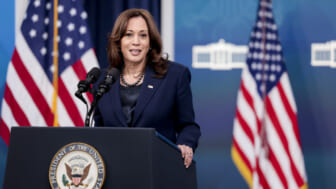 The Biden-Harris administration has proposed important other legislation, including voting rights bills to block Republican voter suppression efforts, and the Build Back Better bill to benefit families in dozens of ways. These have been blocked by unanimous Republican opposition.

The only way to make progress and protect our voting rights, abortion rights, civil rights, LGBTQ+ rights, and other rights threatened by Republicans is to elect more Democrats in the November midterm elections. This must be the top goal of every American interested in preserving our democracy and the rights that Black Americans and our allies from other races and groups have fought so hard to gain.