Reggae Fest ultimately ventured off land and was dubbed Yacht Fete, a monthly set held aboard the Hornblower Infinity on the Hudson River.

Yachts are proving to be the hottest venues for reggae-dancehall events in New York.

“When the boat starts moving, we play soca music,” said CJ Milan, organizer of the recurring Reggae Fest, which launched in New York in 2015, The New York Times reports. “It gets everybody turned up.”

The Reggae Fest website says its DJs “spin the best in Dancehall, Reggae, Soca, Afrobeats and more. Our events are highly anticipated throughout New York City, Los Angeles, Atlanta, Miami, D.C., and beyond.”

Milan and her company, Epic League Entertainment, are behind some of the largest dance parties in America. When she first began Reggae Fest in 2015, the event was mostly held in clubs and venues across the U.S., such as Irving Plaza and PlayStation Theater in NYC, and The Belasco in downtown Los Angeles. In whatever city the event is held, it is always sold out.

Reggae Fest ultimately ventured off land and was dubbed Yacht Fete, a monthly party held aboard the Hornblower Infinity on the Hudson River.

“You have to think of it this way: Out of every other event in the city, these people chose yours. They’re here. They want an experience,” Milan said in a recent interview. “Forget about the door and how many tickets you’re selling. Forget about the bar and how many drinks are being purchased. If you just focus on the crowd and the music and make sure that everybody’s dancing, you’re going to have a lot of success.”

Milan seems to understand the basic formula for throwing successful parties amid the ever-evolving party scene. Future Reggae Fest events are being planned in Las Vegas, San Francisco, Houston and Boston, with aims to go international — to Toronto — this year. 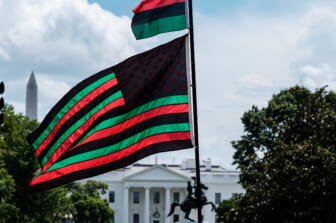 As reported by The New York Times, over the last seven years, Milan “has drawn more than 170,000 people to Reggae Fest events in New York.”

“New York is a different type of turn up,” she said. “We just have so much more to cover music-wise because our city is so diverse.”

“When I see the hairdos sweated out, when I see people who are looking around like, ‘Where are my keys? Who has my phone?’” said Marvin Smith, known at Reggae Fest as D.J. Legend. “When we see that, we know it’s mission accomplished.”

Reggae Fest is one of the most successful dance party brands in the country, and attendees travel far and wide to attend Milan’s parties.

“Dancehall has different levels — some of it is hardcore,” she said, noting that her parties always bring out mixed crowds. “But then you get the older generation who want to hear Mr. Vegas or Sean Paul.”

“Then you got other ones that say, ‘I want that sexy stuff,” Milan continued.

Also Read:
Black-owned Exotic Pop sells a 20oz soda for $20, and people are buying it

“In the Caribbean community, we say ‘stush’ a lot, and stush basically means like, standing still,” said Cathy Rodriguez, 25, who’s been coming to Reggae Fest parties for years, according to the report. “I don’t know if you’ve ever been to a regular nightclub in New York City, but people are like standing still, smoking hookah — you know, they’re not really enjoying themselves to the music.”