When Miles Davis made his transition from acoustic to electric instrumentation in the late 1960s, his bassist, Ron Carter, refused to trade his upright bass for an electric one. Miles accepted his decision, and Carter, as he said in the Davis documentary, Birth of the Cool, “I got my hat and got in the wind.”

Carter went on to become the most recorded jazz bassist in human history, according to the Guinness Book of World Records. From crafting his albums as a bandleader or with contemporaries like Herbie Hancock and Freddie Hubbard to appearing on A Tribe Called Quest’s landmark album, The Low End Theory, Carter’s deft instrumentation showed his bass to be an extension of himself.

Carter turned 85 on May 4. To celebrate the milestone, he held a concert at New York’s Carnegie Hall, performing with three different ensembles. For the Love of Ron – Ron Carter & Friends: 85th Birthday Celebration was hosted by Lester Holt, featuring in-person testimonials by fellow bass greats Stanley Clarke and Buster Williams.

An elegant man of demure stature, Carter couldn’t have picked a more appropriate venue for this auspicious occasion than Carnegie Hall’s Stern Auditorium/Perelman Stage. From the first song of the night with his Golden Striker Trio, it was evident that the audience had come not just for jazz, but for Black American classical music. Carter, pianist Donald Vega, and guitarist Russell Malone weren’t playing tunes; they were having lilting, tranquil conversations amongst each other on stage. 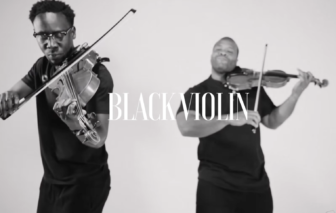 While Carter was the anchor, Malone shone brightest, particularly on “Candlelight,” a song Carter composed as a tribute to his friend, guitar legend Jim Hall. Malone played with control and softness that would’ve made Hall proud. He added a nice touch during a solo, evoking “Happy Birthday,” as the audience chuckled.

Then, Carter’s Foursight Quartet took the stage. Their four-song set displayed a delicate versatility in the interactions. The highlight was “My Funny Valentine,” with pianist Renee Rosner playing a gorgeous cadenza that was equally alluring and melancholy.

In the set’s final song, “You and the Night and the Music,” Carter launched into a solo so rapid and fervent it was hard to believe it came from an 85-year-old. But that audience knew it was just another day at the office for Carter. 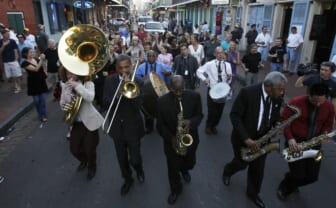 After an intermission, the final ensemble, the Ron Carter Octet, took the stage. Featuring a second bassist and four cellists, Carter spent more of the set conducting the group. “Abide with Me” was a dynamic suite of Latin-tinged passages, courtesy of Lenny White’s castanets and the string section’s sweeping melodies that were broodingly urgent.

The octet’s transition from “Song For a Friend,” Carter’s touching tribute to his father, into Davis’ “All Blues” was one of the best moments of the evening. Hearing this classic number played with the ensemble was a revelatory combination of blues and jazz. 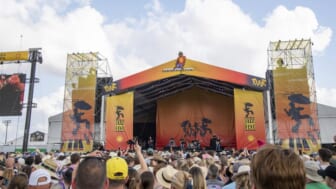 The final image of a night full of memorable performances was Carter playing solo. After thanking the audience for coming, he played “You Are My Sunshine,” interweaving the melody with swinging harmonics and funky blues intervals. It was virtuosic, yet somehow humble.

As Carter received his final standing ovation, he reached down for his yellow cap, put it on, and vacated the stage. Once again, he got his hat and got in the wind.