Does jazz need a rebrand? Why the genre’s greatest icons resented the word ‘jazz’

On International Jazz Day, theGrio examines the racist origins of the term "jazz"

Since 2011, the world has celebrated April 30 as International Jazz Day. It’s a day dedicated to celebrating the genre’s music, considered one of America’s greatest artistic and cultural creations, and musicians worldwide.

Jazz music has been an outlet for freedom of expression for both the creators and consumers. From the days people danced to Lionel Hampton in American dance halls, to the nightly ferocious yet melodic challenges between John Coltrane and his quartet, jazz has provided a rhythmic language for the Black American seeking to find internal freedom in a land where external freedom eludes them.

However, the ultimate irony is that many of the greatest jazz artists reject the word jazz itself. Miles Davis, John Coltrane, Nina Simone, Max Roach, T.S. Monk, Ahmad Jamal, and Lee Morgan are all artists deeply associated with jazz, and all refuse to be defined by the word.

For starters, they say it’s racist. Many of these luminaries have stated that the term “jazz” is derived from white gatekeepers, critics, and pundits who resented this new Black American music that was thought-provoking and inspirational in the early 20th century. T.S. Monk, a drummer, and son of beloved pianist/composer Thelonious Monk, once explained to Ebony where the term came from and why it’s offensive:

“Jazz comes from the French word jas, which means whore. It’s about whorehouses; they played in the jas houses,” Monk said. “It was Americanized and called jazz. Basically what they were saying is, this is whorehouse music. And it was insulting because one of the most intellectual endeavors in the history of mankind is jazz. So given that this is a tremendous intellectual endeavor and given the fact that it’s taken a very long time for White America to recognize Black intellectual acumen, that’s the basis of this rejection of the word jazz.” 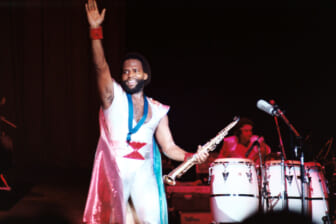 Monk went on to say that calling the music jazz for so many musicians, “particularly coming out of the mouth of a white American, was tantamount to saying the word ni**er. ‘It’s ni**er music.’”

Nina Simone echoed this notion in her autobiography, I Put a Spell On You: “Jazz is a white term to define Black people.”

Trumpeter Lee Morgan articulated the issue by saying that the word “jazz” was assigned to the musicians rather than something they identified themselves as they did with be-bop. “I don’t even like the word ‘jazz,’ really. I think it’s a bad word,” Morgan is heard saying in his documentary, I Called Him Morgan. “It’s not a word that we made up. Just like we were told that we are negroes.”

Pianist Ahmad Jamal also spoke of the racist origin of jazz. He called the word a “mistake” and a “misnomer” that held back the progress of many of his contemporaries during a 1973 interview with Down Beat. “I think it’s up to the musician to rewrite some of the history books on our music, and I think the elimination of the word jazz would be quite proper.”

So, with jazz being, as drummer Max Roach coined it, “a four-letter word,” what should it be called? Does it need a rebrand?

Some of the musicians adopted their personal monikers for their artistry. John Coltrane, in his documentary Chasing Trane, said that “he just referred to his music as ‘John Coltrane Music.’” Miles Davis called jazz a “dirty word” and insisted that what he did was “social music.”  Both Simone and Morgan stated that if they were going to call their music anything, it would be “Black classical music.”

New Orleans multi-instrumentalist Nicholas Payton has been leading the crusade against the word jazz for over a decade. He has written that “Jazz died in 1959,” the year seminal albums Kind of Blue, The Shape of Jazz to Come, and Mingus Ah Um were released.

Payton believes that since then, jazz does exist, but only as a homogenized version of the improvisational music that these exceptional artists innovated. Therefore, he refers to his music as Black American Music or B.A.M. 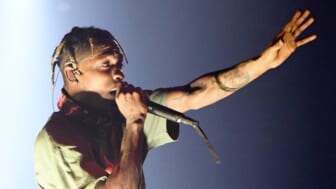 Along with the racist connotations of jazz’s etymology, the musicians grew to dislike it because of the limiting nature of being identified as merely jazz musicians. While many take pride in it, several luminaries felt it stopped them from exploring outside the realm of improvising on a bandstand with a piano, drums, upright bass, and a horn.

Quincy Jones is a master of several musical genres as a producer, arranger, conductor, and trumpeter. In his youth, he learned his chops from musicians like Ray Charles, Lionel Hampton, and Clark Terry.

As he said in his Netflix documentary, Quincy, Duke Ellington entrusted the responsibility of decategorizing American music to so-called “jazz” musicians and critics in light of his work as a film scorer and producer for so-called “jazz,” classical, R&B, pop, and funk.

“In order for music to grow, the critics must stop categorizing and let the musicians get involved in all different facets of music,” Jones said. “We will die if get stuck in one area of music.”

Proof of this creative explosion, when a so-called “jazz” musician is able to branch out, is abundant and it often yields sublime results. The musical brilliance of Donald Byrd’s funk-era group The Blackbyrds, Herbie Hancock’s Head Hunter’s band, and Miles Davis’ artistic ventures into what became known as fusion, are just some examples. Even today, it is evident when listening to the music of Robert Glasper, Esperanza Spalding, Terrace Martin, and Kamasi Washington.

The fact that today’s breed of so-called “jazz” musicians creates music devoid of the genre is perhaps the dreams of the architects of this music coming true. Maybe not settling on a fixed name or allowing the artists to give it their preferred names is best for everyone. 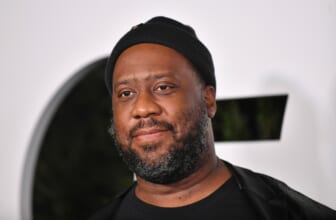 While many purists insist that so-called “jazz” is a specific thing with a specific sound, musicians like Payton, state that this is why the word “jazz” needs to become a relic of the past.

“The very fact that so many people are holding on to this idea of what Jazz is supposed to be is exactly what makes it not cool.”

So, with so many events dedicated to International Jazz Day on Saturday, enjoy the music, embrace the heritage, and find your name for this music, if you choose.