Corrine Brown, a former U.S. Representative who served more than two years of a five-year prison sentence before her conviction was reversed by an appeals court and remanded back to a lower court for retrial, has changed her plea to guilty, according to News4JAX.

According to Reuters, Brown, now 75, was sentenced in 2017 after raising $800,000 for a fake charity and using the funds for personal expenses. She was found guilty of 18 out of 22 charges related to her financial crimes.

Brown, who spent almost 25 years in Congress, was released from prison due to the coronavirus pandemic in 2020. Her lawyers appealed her conviction, though, saying the ousting of a juror who said the Holy Spirit told them Brown was not guilty was unjustified.

The juror in the first trial told the judge that he was following instructions and basing all of his actions on the evidence presented at trial, but the judge disqualified him from continuing on in the trial. 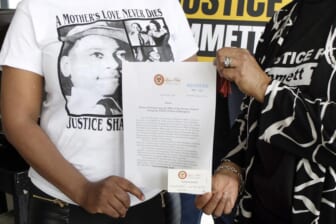 In 2021, the 11th Circuit Court of Appeals determined that the longtime Florida Democrat should receive a new trial because the judge was not within his rights to remove the juror.

Brown has now reportedly entered a new guilty plea but court documents do not “indicate what charges she may be pleading guilty to, or what sentence could potentially be imposed,” News4JAX reports.

This deal ensures that Brown will avoid a new trial and more prison time, according to News4JAX. The retrial was set for September.

“I want you to know, God has been good to me,” Brown told News4JAX on Tuesday. “I just talked to my pastor and I know that He goes in front of me and make the crooked straight. That’s all I can tell you, He’s good.”

Brown allegedly solicited funds for her charity, the One Door for Education Foundation, which purported to benefit poor students. She used the funds for “lavish parties, trips and shopping excursions,” according to the AP, and only gave one $1,200 scholarship to an unnamed party.