RuPaul’s Drag Race All Stars is back with what may be its most epic season yet, as it is doing something that has never been done in Drag Race history.

For the first time ever, the show brings together some of the biggest winners from past years for the ultimate Drag Race completion. TheGrio caught up with some of the queens last week during the premiere screening at New York City’s The Public Square and Gardens at Hudson Yards. (The first two episodes are currently streaming on Paramount+.)

After the screening, Shea Couleé (All Stars 5 winner) called it amazing, saying she is “riding on the high” of the new season. “Watching was honestly very emotional,” she said. “To watch back meeting one of my idols [Naomi Campbell] and have them validate my work … I got really emotional.”

The supermodel surprises the competitors in the series premiere, offering up empowering and affirming words to Couleé, in particular.

“That little kid from Plainfield, Illinois dreamed about something like that,” Couleé revealed. “To relive that moment with such a loving audience was amazing!” And her three-word summary of the season? “Iconic, legendary and unforgettable.” 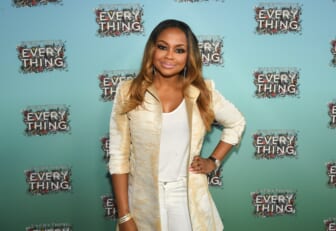 As for Yvie Oddly (RuPaul’s Drag Race Season 11 winner), she was relieved to have watched the first episode, quipping in hilarious Yvie fashion that it felt like she finally “let out the pee” she’s been holding in for the past year. “It looks amazing,” she said. “And it was amazing to be a part of a project that had so much reverence behind it with so many amazing, literal superstars. I can’t wait for the rest!”

With a cast of all winners, this particular season of Drag Race can potentially produce a level of camaraderie and sisterhood unlike past seasons of the popular competition series.

Addressing this point, Oddly said, “It was just wild when they’ve gone through the same experience you’ve had … on Day 2 we already were crying and breaking down because we were like, ‘Oh my God I thought I was the only one who felt this way!’ I think it really helped form a mindset between us that we’re here for each other, we’re here to have fun and we’re here to selfishly try to steal the crown from each other along the way.”

For Monét X Change (All Stars 4 winner), a pandemic binge of Survivor inspired her to use more “strategy” this time around. “I’m so excited about the season,” she shared. “I’m so excited to see all the hard work that we did over a year ago. It’s so exhilarating to watch and I love playing strategy … it’s f_ _king delicious!”

This time around Monét is far more chill. “Now that I’ve already won, I don’t have the pressure of winning again, I’ve already done that,” she added. “I just wanted to have fun and fuse two of my favorite shows: Drag Race and Survivor! I wanted to come and do the Survivor thing on Drag Race, period!”

All Stars 7 gives a queen like Jaida Essence Hall (winner of RuPaul’s Drag Race Season 12, which aired during the early days of the pandemic) new experiences, not only celebrating her own journey but also viewing the show she helped make outside of a lockdown. “We all know that we’ve won and have had the opportunity to do such great things,” she said. “At the end of the day, they gave us an opportunity to celebrate our drag in the biggest way and also support each other.” 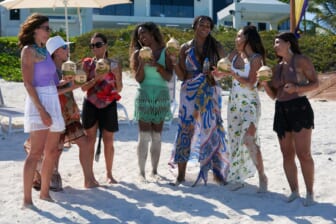 Several cast members noted that there is a greater emphasis on sisterhood this season. Hall, in particular, has an emotional moment in the season premiere during which she gets a lot of support. It “felt good,” she recalled.

“You don’t always get the chance to meet people who are amazing and allow you to completely be yourself,” Hall explained. “Being around people who are open about the struggles that they have and the things they go through, it allows you to open up yourself.”

The first two episodes of RuPaul’s Drag Race All Stars 7 are available to stream now on Paramount+. Subsequent episodes drop every Friday thereafter.