Isaiah Lee jumped on stage during Chappelle’s set at the Netflix Is a Joke comedy festival at the Hollywood Bowl earlier this month.

As reported by People, Lee, 23, and the unnamed roommate reportedly fought each other inside a transitional housing apartment on Dec. 2. Lee wasn’t a suspect until his name and image were spread across media outlets in the wake of Chappelle’s onstage attack at the Netflix Is a Joke comedy festival. The alleged victim went forward to the police and identified Lee as his assailant.

Los Angeles County District Attorney George Gascón shared in an announcement on Thursday that his office is moving ahead with levying an attempted murder charge against Lee.

“The publicity generated by the attack on Mr. Chappelle helped police solve this crime,” said Gascón. “The incident that occurred at the Hollywood Bowl was misdemeanor conduct and rightfully referred to the City Attorney’s Office. Based on the nature and severity of the December attack, Mr. Lee is now facing felony charges which my office will prosecute.” 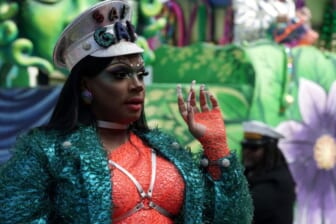 Lee pleaded not guilty to the latest charge and is due in court on June 2. The Los Angeles Police Department is still investigating the matter.

As previously reported in theGrio, Lee jumped on stage during Chappelle’s set at the Netflix Is a Joke fest at the Hollywood Bowl on May 3 and “appeared to push the 48-year-old comedian, knocking him to the ground,” according to People.

Lee was stopped by members of Chappelle’s security squad and venue enforcers, then arrested. Injured while being subdued, Lee was treated for his wounds prior to being cleared for arrest, police confirmed.