The series features a more diverse cast than the original series, and is described as a "reimagining" like Peacock's other hit show, 'Bel-Air'

Queer as Folk is back. The landmark LGBTQ+ series is officially returning with a reboot, featuring a more diverse cast of characters and a major twist that grounds the show in an entirely new way.

Like Peacock’s other hit series Bel-Air, the new version of Queer as Folk is described as a “reimagining” of the series of the same name that will, “explore the lives of a diverse group of friends in New Orleans whose lives are transformed in the aftermath of a tragedy.” 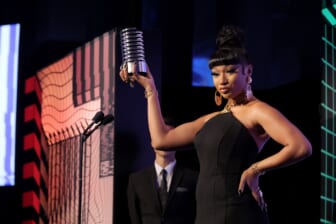 Peacock has been slowly rolling out information regarding the series, including casting announcements and release dates and on Wednesday, the streamer finally gave fans a look at the series with an official teaser.

The trailer immediately introduces audiences to this new diverse group of LGBTQ+ friends, including Devin Way as Brodie, “a charming and sometimes chaotic commitment-phobe who finds a reason to stay in New Orleans  after tragedy rocks his community,” and Jesse  James Keitel as Ruthie, “a trans, semi-reformed party girl who is struggling to grow up.”

It also introduces a shooting, not unlike the tragic Pulse nightclub shooting from 2016, that makes the group closer than ever as they attempt to heal and move forward.

“We gotta take control of our lives again,” Johnny Sibilly, who plays Noah, a successful lawyer, states in the clip. The series also features Kim Cattrall of Sex and the City fame. She joins as Brenda, “a martini-soaked, high society southern debutante with trailer park roots,” per the press release. 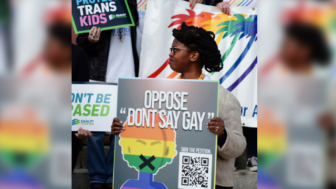 Russell T. Davies, the creator of the original British series, shared in a statement, “I’m very proud of what we achieved in 1999, but in queer years, that was a millennium ago! As a community, we’ve radicalized, explored, opened up, and found new worlds – with new enemies and new allies – and there was so much to be said. Stephen pitched a brand new version of Queer as Folk with so much imagination, insight, and crucially, joy, that I simply couldn’t resist. I thought it was about time the title belonged to a whole new generation.”

Davies added, “The 2022 show is more diverse, more wild, more free, more angry – everything a queer show should be.”

Queer as Folk premieres June 9 on Peacock. Check out the trailer for the series below: