ESPN broadcaster Sage Steele was hospitalized with apparent facial injuries Thursday after a wayward golf ball struck her in the face during the PGA Championship in Tulsa, Oklahoma.

Walking away from the impact under her own power, Steele is reportedly recovering at home in Connecticut and will not feature in ESPN’s tournament coverage for the remainder of the weekend, sources at the network told the New York Post.

The ball was teed by Jon Rahm.

No official updates have been provided on Steele’s condition and she has remained inactive on her social media accounts since the incident. An ESPN spokesperson declined the Post’s request for further comment. 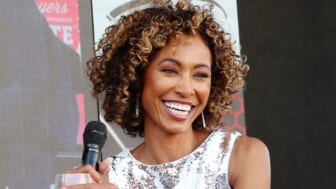 A witness told The Quadrilateral that they “saw her on the ground, holding her nose, mouth or chin area” with her hands “covered in blood.”

Golf reporter Geoff Shackelford, who was in attendance, in the report recalled one of Rahm’s swings hooking sharply left toward a wooded area, saying the pro golfer immediately began waving his arms “aggressively” and yelling “Fore Left!”

“The impact must have been brutal,” he said.

According to ESPN’s broadcast of the event, the errant golf ball was traveling approximately 281 yards at 181 mph. The live cameras did not broadcast the scene as Steele was hit, nor did commentators mention the ball hitting Steele, the Post reported.

Steele, 49, had reportedly concluded her daily coverage of the major for ESPN’s SportsCenter on Thursday and was in a credentialed media zone when the ball struck her.

As previously reported by theGrio, the anchor filed a lawsuit against ESPN and its parent company, Walt Disney Co. in late April, accusing them of selectively enforcing a rule forbidding employees from commenting publicly on political issues without a tie to sports. 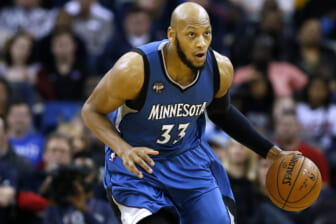 In 2021 Steele appeared on former NFL quarterback Jay Cutler’s podcast when she made other controversial comments, including on former President Barack Obama choosing to identify as Black versus biracial and about coronavirus pandemic mandates.

The host of ESPN’s noon-hour broadcast now claims she has been sidelined for major projects and events, additionally accusing the company of violating her First Amendment rights, breaching her contract and failing to stop her colleagues from harassing her, according to The Wall Street Journal.

In response, ESPN officials said in a statement: “Sage remains a valued contributor on some of ESPN’s highest-profile content, including the recent Masters telecasts and anchoring our noon SportsCenter. As a point of fact, she was never suspended.”