America's former president is shocking voters again, this time for appearing to advocate civil war in the United States.

Former President Donald Trump is sparking backlash again, this time for a social media post he shared that appeared to advocate civil war in America.

According to Newsweek, Trump’s posting was a Twitter message uploaded on Truth Social, a social media network founded by the former president after he was barred from major platforms following the Jan. 6 attacks on Capitol Hill.

The war remark was made in reaction to a screenshot of a Twitter message in March from El Salvador President Nayib Bukele, a tweet that former CBS News reporter-turned-conspiracy-theorist Lara Logan shared.

“The most powerful country in the world is falling so fast, that it makes you rethink what are the real reasons,” Bukele asserted. “Something so big and powerful can’t be destroyed so quickly, unless the enemy comes from within.”

Truth Social user MAGA King Thanos replied to the tweet with the phrase “Civil war” — earning himself a “ReTruth,” that site’s version of a retweet, from Trump. 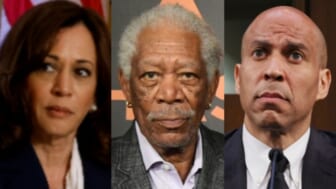 Lawyer and political activist George Conway, who is married to former White House advisor Kellyanne Conway, criticized Trump’s thumbs-up to discord in America. He believes many Republicans are mired in fear.

During a one-on-one Sunday with Jim Acosta on CNN, he called them “terrified of a Republican base that’s become increasingly radicalized, that actually does believe that people who politically disagree with them are a threat to the nation and therefore, violence could be necessary to fight them off.”

According to Conway, “Trump could basically go away tomorrow and never be heard from or seen again, and these termites are set loose in our country, eating from the foundation of our democracy. And that is something that we have to take more seriously.”

David Weissman, a U.S. Army veteran who no longer supports Trump, was also among several people who slammed him for attempting to incite violence once again. Newsweek reported that Weissman sent a Twitter note in response to SpaceX and Tesla CEO Elon Musk’s assurance that if the billionaire bought Twitter, he would allow Trump back on the website.

“Hey, @elonmusk, did you see Trump supporting a call for a civil war on his Truth Social platform?” Weissman tweeted. “Are you sure you want that on this site if your deal goes through?” 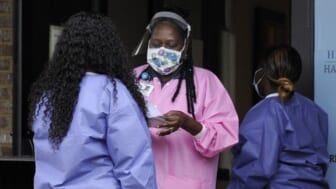 There has been no response from neither Musk nor Trump.

Trump created Truth Social after he was accused of instigating the Jan. 6 attacks and worries mounted that his postings would incite more violence. On that infamous date, a violent mob of Trump supporters stormed Capitol Hill to prevent the certification of the electoral votes in favor of Democratic candidate Joe Biden, believing his baseless claims of voter fraud.

Five people died during the attacks, and hundreds of others were injured.