In a fireside chat for DeVon Franklin's new Audible release, 'It Takes a Woman,' mother-daughter influencers Tabitha and Choyce Brown speak on the importance of authenticity.

What does it take to “master the game”? Growing up as Black children, many of us were told it takes working two (or three) times as hard to achieve half as much—and never to step out on the faith of a dream without a solid Plan B. Sound familiar?

Beloved influencer, bestselling author and “veganista” Tabitha Brown took a slightly different approach to raising her now 20-year-old daughter Choyce, emphatically telling her child “no backup plans.” To celebrate DeVon Franklin’s new Audible release, It Takes a Woman, the mother-daughter influencers sat down with the author and motivational speaker to discuss a range of topics, including how each is mastering the game by prioritizing perseverance and authenticity. 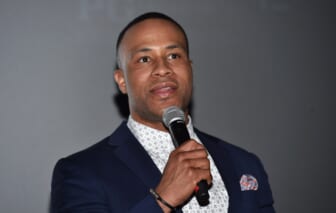 Also Read:
Devon Franklin’s ‘It Takes a Woman’ honors the ‘special’ women in his life

“Perseverance, that’s like her biggest thing,” said Choyce of her mother, whom she credits for most of her inspiration as an influencer. ‘Keep trying, keep trying’—and then, of course, your path might change but you keep going, you never let anything stop you.”

“I believe when God gives you something; when he gives you a vision and a dream, it’s there for a reason,” Tabitha chimed in to explain. “So while you may have other things that you have to do in pursuit of that, you never get confused with thinking that those things are the backup plan. You’re still focused on the goal.” 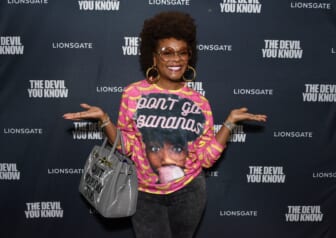 Also Read:
Tabitha Brown on re-release of McCormick seasoning and the highs and lows of success

The same goes for bringing your full self to fulfilling that goal. Wearing a tee that tellingly says “Freedom from Code-Switching,” Tabitha explains why she no longer subscribes to code-switching as a mode of survival and acceptance.

“I remember very early watching my mama change her voice depending on who she was talking to,” Tabitha recalls, sharing that she subscribed to conventional wisdom on those Black survival tactics for decades. “I thought that’s what we had to do to be accepted or get things done,” she continued, “but I realized about myself that the code-switching was not freedom. It also held me back further than it pushed me ahead.”

Hear more of this part of the conversation between DeVon Franklin and Tabitha and Choyce Brown above—and stay tuned for more revelations from this mother-daughter duo in the coming weeks. Enjoy DeVon Franklin’s It Takes a Woman, which honors wisdom from the women who guided his journey, on Audible.