Barack Obama reunites with boy from viral ‘Hair Like Mine’ photo

Former White House photographer Pete Souza said the viral image was "one of those small moments that grew in gravity as the years went by."

Barack Obama has reunited with the son of a former staffer who went viral in 2009 for asking the former president if they had similar hair textures.

“Is your hair like mine?” young Philadelphia asked Obama.

“Go ahead, touch it,” Obama replied, bending over so the boy could feel it for himself. Former White House photographer Pete Souza captured the moment and the photo was later named “Hair Like Mine.” The image hung on a White House wall for years during Obama’s presidency.

“It was one of probably a thousand pictures I made that day,” said Souza. “But it was one of those small moments that grew in gravity as the years went by.” 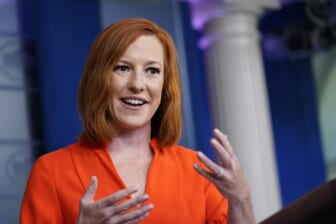 Thirteen years after their iconic meeting, Philadelphia reconnected with Obama via a surprise video conference ahead of his high school graduation from the International School of Uganda on May 27.

“That was a pretty big highlight of my life,” Philadelphia said of the photo. “It is very wonderful to see representation in the government because if I get to see another Black man be at the top, be at that pinnacle, then I want to follow that lead.”

The Obama foundation shared a video of the former president reflecting on the social significance of the photo.

“I think this picture embodied one of the hopes I had when I first started running for office,” Obama said. “Folks who maybe always didn’t feel like they belonged, they’d look at themselves differently.”

Philadelphia told Obama that he plans to study political science at the University of Memphis.

“I think the White House visit clearly inspired you, I hope,” Obama said.

“Yes, it really has,” the teen responded. 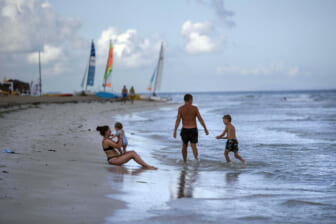 Speaking at the Congressional Black Caucus Foundation’s Phoenix Awards gala in 2012, former First Lady Michelle Obama referenced the “Hair Like Mine” photo during her speech.

“Now, every couple of weeks, the White House photographers change out all the photos in the West Wing — except for that one. That one — and that one alone — has hung on that wall for more than three years,” she said at the time, theGrio reported.

“So if you ever wonder whether change is possible, I want you to think about that little Black boy in the office — the Oval Office of the White House — touching the head of the first Black President.”