OPINION: To understand Killer Mike’s softball tossing exhibition with Herschel Walker, you must first understand the concept of 'uncle logic.' 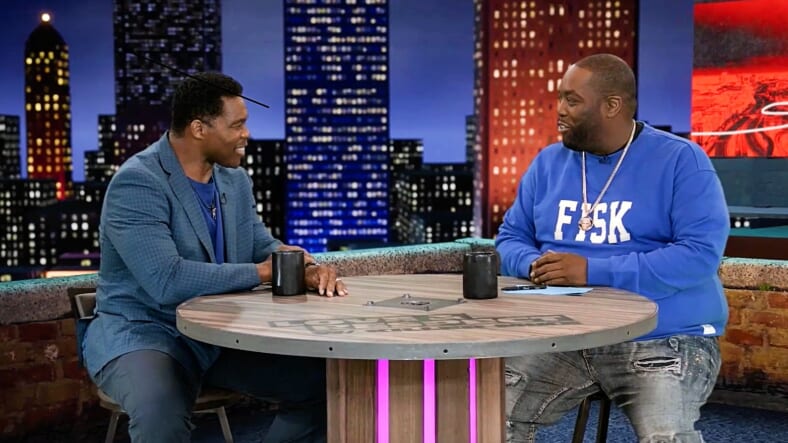 I am an uncle.

According to the Thesaurus of African Language, Key Black Lexicon and Communication Knowledge (TALKBLACK), an uncle is any adult male between 39 and 67 years old who has owned at least two Cadillacs, three pairs of Stacy Adams or four Earth Wind and Fire albums. If you’re Black, then you know that the designation of “uncle” extends past genetic boundaries or familial relationships (which is how I became an uncle long before my sisters had children).

Perhaps the best and worst thing about unclehood is “uncle logic”—the hormone produced when a man achieves full unclehood. It endows uncles with the omniscient confidence that turns them into certified experts on any subject. Uncle logic is why your Uncle Junior knows who’s going to win the Super Bowl every year (It’s always the Cowboys; 73 percent of all Black uncles are Cowboys fans). Uncle logic will make a man whose entire toolbox is limited to a flathead screwdriver and a rusty pair of needlenosed pliers dispute the diagnosis of a certified mechanic with a computerized automotive scanner (It’s always the alternator). And when it comes to politics, uncle logic outweighs the opinion of pundits, journalists and political professionals.

Killer Mike is an uncle.

Michael Render—who goes by his uncle moniker “Killer Mike”—is a prototypical Black Uncle. Like many of us, the Run the Jewels frontman is an outspoken, pro-Black 47-year-old who is not afraid to speak his mind on a variety of things he knows nothing about. In 2018, using his ample supply of unclesterol, Render appeared on NRATV during the March for Our Lives protest with Colin Noir, the man who told the survivors of the mass shooting at Marjory Stoneman Douglas High School: “No one would know your names” if classmates were still alive.

To be fair, after telling his Black followers about the people “who are telling you to abolish the Second Amendment,” Killer Mike apologized. “I’m sorry that an interview that I did about a minority, Black people in this country and gun rights, was used as a weapon against you guys,” he said. “That was wrong, and it disparaged some very noble work you’re doing.” Then there was that time he went to the Georgia governor’s mansion to visit vote suppressor No. 1. But he didn’t talk about voter suppression, it was something about his right as a taxpayer and “dollars.”

As a fellow uncle, I understood what Killer Mike was doing when he told protesters to go home after George Floyd was killed. I kinda understood when he told a Black audience, “You ain’t ready to oppose nothing. You are as [much] a part of this system as any white person gentrifying any city.” I understand why his Greenwood digital bank isn’t actually a Black-owned bank—or even a bank. It’s a financial services app that’s backed by a bank…that’s white-owned. Uncle-ing is hard.

This brings us to Uncle Killer’s recent interview with Uncle Herschel.

Herschel Walker is an uncle.

In fact, Herschel Walker is one of the few people who was born into uncleship. (Think about it—have you ever met a 3-year-old named “Herschel”?) Like many uncles, Herschel tells a lot of lies, subsists off the glory of his athletic feats and thinks he knows what’s best for Black people. 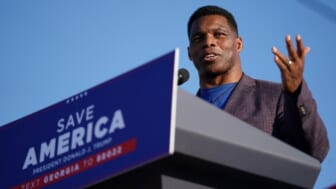 Also Read:
Herschel Walker may win despite being a national embarrassment

Recently, Render sat down with the Georgia GOP Senate candidate and state football legend for a conversation about his football, politics and football. But because two different kinds of uncle logic cancel each other out, Render did not even attempt to challenge the man who could represent the political interests of Killer Mike’s entire state. While the episode of Love & Respect featured a lot of love and respect, it offered no political insight. Render allowed his fellow uncle to dodge any meaningful conversation, even when controversial political subjects came up. It was basically a 27-minute softball pitching exhibition where Render failed to interrogate the politics of the man who—and I can’t stress this enough—is being supported by the party that fights against everything for which Killer Mike supposedly stands.

Anyone who used actual logic would ask why the GOP’s Black Great White Hope was willing to sit down with a rapper after dodging seasoned Black journalists on much larger platforms. They might ask why Killer Mike didn’t bring up the GOP’s anti-gay legislation when they discussed Walker’s gay son. A person with regular common sense might think it was strange that Killer Mike allowed Walker to weasel out of the question about critical race theory without offering concrete examples of CRT in schools. Then again, a reasonable person would wonder why people whose career is so dependent on demonizing Black people are so adamant about cozying up with Killer Mike.

But it’s not just Killer Mike.

After Luther Vandross, Luke Cage and Jesus’ running partner Rev. Luke D. Apostle (Yes, he’s Black; there are no white people in the Bible), rapper Luther Campbell is the fourth most famous Uncle Luke. So when he asked for five reasons Black people should vote, it caused quite the stir among people who get their political advice and their twerking inspiration from the same source.

Let’s get the easy part out of the way real quick.

Using the Wayback Machine, we pulled up the Sept. 29, 2020 copy of Biden’s plan for Black America from Sept. 29, 2020. Notwithstanding the plan’s pandering name, Biden actually fulfilled a few campaign promises from the stupidly named “Lift Every Voice” plan. (I suggested the “Biden Invitation To the Cookout Holistic Plan for Leveraging Economic and Social Equity” but staffers said the acronym was “obscene”).

While Luke insisted that he was not telling his followers not to vote, many people wondered why Luke would even pose the question. Although it is easy to attribute his actions to uncle logic, there is a more nuanced discussion to be had concerning Campbell, Walker, Render and famously outspoken so-called “free-thinking” Black men who aren’t swayed by blue checkmarks, the Democratic Party or the “negro elite.”

Why are they so often chosen as spokesmen to counter the narrative offered by people who actually know things? Why does Ice Cube expect the Biden administration to listen to the political proposals of a rapper-turned-television producer? Why are Brian Kemp and the NRA so willing to talk to Killer Mike? Why would Georgia Republicans vote for a mush-mouthed alleged domestic abuser with no political experience? Why would anyone ask a sportswriter like Jason Whitlock about politics? And why are their arguments always cited, championed and amplified by white people? 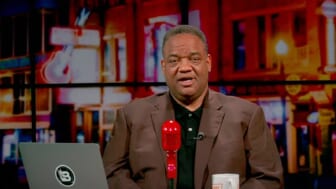 Also Read:
What Jason Whitlock can teach us about white people, cops and America

I often break the uncle creed by turning down interviews or opportunities to talk about things I know nothing about. While I cover racial issues and economics, I routinely tell producers and editors that I don’t have any expertise on Ukraine, global warming or casserole-based culinary arts. Uncles, however, always have something to say. They love the spotlight and they get it because they are Caucasian-created caricatures of revolutionaries. They can scowl and talk with authority while echoing white sentiments. True revolutionaries represent the people while uncles, like white people, believe they know better than the people.

Here is the ultimate uncle secret:

White people like uncles because they don’t know things.

Ultimately, uncle logic is actually a form of contrarianism that some people mistake for intelligence and white people use as an opportunity to advance the cause of white nationalism. Even when I disagree with him, I truly believe Killer Mike loves Black people. He loves us so much that he is willing to throw himself into the raging fire stoked by the other side.

But it is a fire.

Killer Mike’s celebrity allows him to walk into the governor’s mansion without suffering the scars. Herschel Walker can cosplay as a bootstrap puller without any harm to himself. Uncle Luke can pose an innocuous question on Twitter because he has a huge audience. But, because of uncle logic, they do not realize that they are being used as kindling for white nationalists to build a bigger fire…

And that does not mean they are anti-Black. In the early stages of my uncleship, I once wrote that I could not personally vote for Hillary Clinton. And, although it could get me kicked out of Uncle Kappa Alpha, I can admit I was dead wrong. Yet, the self-assuredness provided by Black uncleship won’t allow some of us to even consider that we are pawns and not the kings we think they are. They don’t realize that they are being used.

Even when they hear us crying “uncle.”