What Jason Whitlock can teach us about white people, cops and America

OPINION: Jason Whitlock deserves applause for his recent lesson on how America works 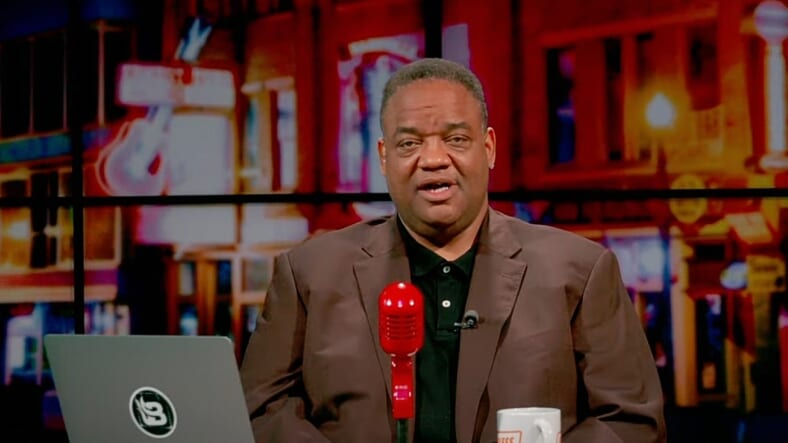 The storyline for The Game of Thrones character Hodor will always be one of the most beautifully executed character arcs in television history.

For those who aren’t familiar with dragon-related television series, Hodor was a “simple-minded servant” who had a seizure, leaving him capable of saying only one word, “Hodor.” For the rest of the series, he diligently protected his master, Lord Brandon Stark. No one could figure out why the writers decided to prominently feature a rotund, monosyllabic dunce whose only purpose was to literally drag around a privileged white boy for the rest of his life. 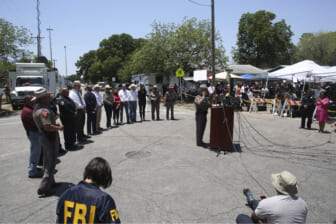 In Hodor’s last scene, Brandon is in a cave unconscious as evil ghouls called “wights,” bent on wight supremacy march, march toward them (I’m not making this up). Stuck between a literal rock and a hard place, Hodor finds a door and drags Brandon out. As the wights approach the door through which Brandon escaped, it becomes apparent that the hero is doomed. In that moment of inescapable fear, Hodor suddenly understands why he was struck with a seizure. He realizes why he could only say “Hodor,” what his name means and why he was given the name in the first place. In an emotional scene that may have left me crying, Hodor became a metaphor for the purpose of life. Hodor existed for one reason.

This is a story about Jason Whitlock.

Although he usually saves his venom for Black women like Serena Williams, Maria Taylor and Jemele Hill, beneath the folds of his chin are a few crumbs of hate reserved for LeBron James, Colin Kaepernick and anyone whose preacher has asked them to turn to their neighbor. Whitlock has said Black Lives Matter is “no different from the KKK” and once referred to protests against racial injustice as “stupid.”

In a sense, Whitlock is the anti-Jemele Hill. They are both former sportswriters beloved by ESPN until their Blackness got in the way. Jason Whitlock was so Black that he has been fired on his day off…twice. Luckily, Whitlock found a second career as a sentient piñata filled with bad takes that spill out whenever someone at that privileged party pokes Whitlock with a stick.

Jason Whitlock is now rooting for everybody who is anti-Black.

But, just as Hodor’s surprise stint as a doorman taught us that everyone has a purpose in life, Jason Whitlock’s tweets teach us a lot about America.

“I’m not defending the actions of the officers. But we’ve demonized law enforcement to the point that there are far fewer rewards for being a hero, for taking risks,” Whitlock tweeted with fingers that we can safely assume were smeared in Juneteenth ice cream. “When your culture makes George Floyd the hero, real heroes stand down. Cultural rot has consequences.

“Our culture has moved such a negative direction in the last decade, I’m not sure first responders would run up in the World Trade Towers today. Cultural rot has consequences. When you make heroes of people who contribute nothing and demonize those who risk everything.”

Whitlock was referring to reports that Uvalde, Texas, police officers patiently waited up to an hour while a mass murderer stole the lives of 19 children and two adults. But this is not about cops or guns. Let’s examine what Whitlock is saying for a moment.

Although we often valorize law enforcement officers, cops aren’t any braver than milkmen, dental hygienists or dimwitted door holders. I have never understood how we could simultaneously believe that cops are afraid of every Black man whose arm is ambulatory enough to reach for a wallet and assume that pinning a badge to a human being’s shirt pocket instantaneously endows them with some preternatural form of bravery. Police officers are just people with jobs.

Yet, unlike teeth cleaners or deliverers of dairy products, the polling data from noted law enforcement expert Jason Whitlock shows that cops have recently been infected with Acquired Courage Deficiency Syndrome—either because laypeople stopped giving them accolades for doing their jobs or because they have been too harshly criticized for upholding the verifiable racial disparities in the criminal justice system. Although Black people from Harriet Tubman, Martin Luther King Jr. and my aunt Phyllis have been publicly condemning police brutality for more than two centuries, apparently, police only started listening to Black people about 10 years ago.

Even though I’ve yet to see a T-shirt or a TikTok video with a Black kid who aspires to experience being asphyxiated by a police officer’s knee, I will also accept Whitlock’s second premise—that Black “culture” has turned George Floyd into a hero. Like many white people, it is possible that Whitlock thinks all Black people should be publicly murdered unless they have demonstrated that their life is worthwhile. Maybe that’s Whitlock’s definition of a “hero”—a Black person who has managed to successfully convince white people not to slaughter them in cold blood. 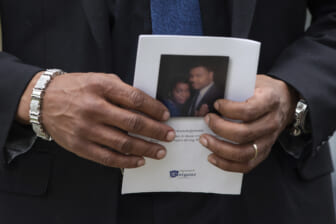 If what Whitlock believes is true, then my eyes have been opened. If fact-based criticism is offensive enough to make cops abrogate their professional duties and the very foundation of why they exist, then I finally understand why America is like this. According to Whitlock, it is crazy to expect police officers to live up to their pledge to protect and serve and be held responsible by the people who pay them. Next, you’ll be telling me that Black people want this country to live up to its pledge that “all men are created equal” and treat them equally, too!

For that matter, why should white people stop being racist when Black people refuse to applaud them when they’re not being racist? After all, history, statistical data and the reality of being Black in America have demonized white people “to the point that there are fewer rewards” for being a good human being. Perhaps Whitlock is on to something. Maybe the truth, facts and Black America’s desire for freedom (which Whitlock refers to as “cultural rot”) does indeed “have its consequences.”

Whitlock’s explanation for why cops in Uvalde, Texas, didn’t fight for those children’s lives reveals why America doesn’t care about Black lives. It explains MAGA, Tucker Carlson, Fox News, gun violence, police officers and why the overall white culture “has moved in such a negative direction in the last decade.” We keep criticizing them instead of applauding them. Our insistence that they to do their job is too heavy a burden for the brave warriors for justice to bear

If you, like me, can’t figure out why the people scripting the current conservative narrative are so willing to prominently feature characters like Candace Owens, Clarence Thomas and sportswriting simpletons whose tongues are wet with the taste of well-licked boot leather, now you know. Maybe they want to be applauded for diligently serving and protecting whiteness. Perhaps they just don’t like being blamed for stuff they actually did.

In either case, I now understand why America is like this…

Jason Whitlock is holding the door.