I am a gun owner. I was an NRA member. We need meaningful gun reform now

OPINION: We are going to have to fight back against the all-powerful gun lobby and demand our congressional leaders act. 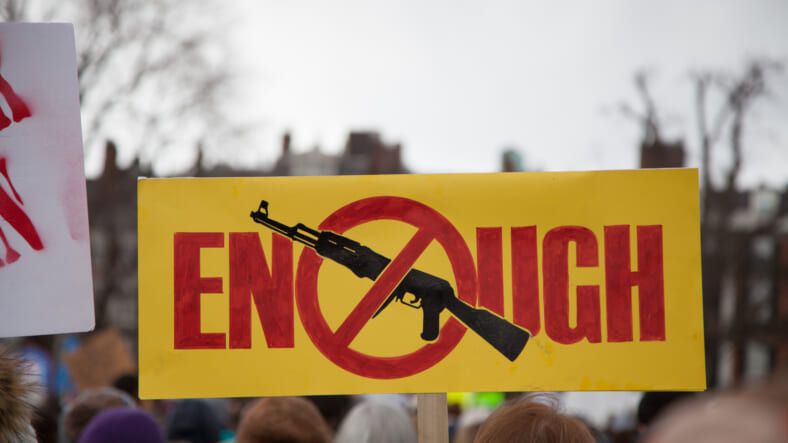 As the families of those murdered in a Buffalo grocery store testify before the Senate Judiciary Committee on Tuesday, June 7, the nation is still reeling from weeks of unprecedented gun violence in America.

And yet, the U.S. Senate—where all good bipartisan legislation goes to die—has tasked a small group of senators to come up with some immediate actions they can take on gun violence when the reality is there will be no meaningful reform to curtail gun violence when Senator John Cornyn (R-Texas) is at the head of the table. How do I know? Leaks. Or public statements by Republican senators such as the one made by Senate Minority Whip John Thune (R-S.D.) on Tuesday with respect to AR-15 gun legislation: “In my state, they use them to shoot prairie dogs and, you know, other types of varmints. And so I think there are legitimate reasons why people would want to have them.” So, we need AR-15s to kill varmints now?! 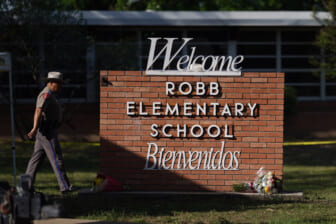 This is more doublespeak from spineless Republican leaders who refuse to engage in common-sense gun reform that has nothing to do with the Second Amendment or taking away guns from their owners. I am a gun owner. In Virginia, we have open-carry laws, and we also have carry-and-conceal permit laws. I support both, but what I do not support is the purchase of high-powered, high-capacity weapons like AR-15s by those under the age of 21. I live in a huge gun owner culture in western Loudoun County, Va. When I go to the gun range, I see young men with their fathers shooting all kinds of weapons. Guns are a very big part of Virginia’s story, dating back to George Washington and Thomas Jefferson.

Over 88 percent of Americans support background checks. It is just one of the common sense things that senators can do to help curb the horrific spate of gun violence in America. It is an easy fix to a complex problem.

Beyond background checks, however, I think we must go further. The right “to keep and bear arms” as guaranteed by the Second Amendment is a strawman being used by craven politicians to avoid accountability. The right to own a gun is NOT absolute in America. The Supreme Court, as per the majority opinion authored by iconic conservative Justice Antonin Scalia in District of Columbia v. Heller, stated “Like most rights, the right secured by the Second Amendment is not unlimited.” History demonstrates, Scalia said, “the right was not a right to keep and carry any weapon whatsoever in any manner whatsoever and for whatever purpose.”

Justice Scalia was spot on with his analysis, and beyond that, we need to use some plain old common sense. I have a shotgun and two handguns. I know how to use them. I keep them locked. They are strictly for home protection. I do not need an AR-15 to prove my Second Amendment rights are secure. It’s utter nonsense. I own guns. And I am secure in my person, as is my home, and those I love. America no longer has a need for armed “militia.” We now have a standing Army, Navy, Air Force and Marines. Every boy over age 12 doesn’t need a musket to defend his community as they did in the 1770s. 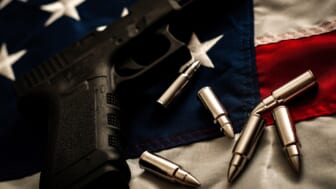 Our Constitution is the greatest document ever written, but it is over 240 years old. We need a refresh on some of our amendments. We need an assault weapons ban as we had between 1994-2004. It made a difference. Law enforcement supported the ban. Now, law enforcement seems to be silent on being outgunned by 18-year-old young men touting AR-15s at elementary schools. The cold hard truth is that the police in Uvalde choked. They failed. Armed policemen entered the school and did nothing to help 19 children and two teachers from being slaughtered by a weapon of war.

Senators like Ted Cruz and others can stick their “good guys with guns” theory where the sun doesn’t shine. It doesn’t work. The “good guys” had guns, vests and backup, and they didn’t act. They were clearly afraid of the lone gunman with the bigger gun. They failed us all. It’s time for America to grow a conscience and do something.

Like actor Matthew McConaughey said at his White House press conference on Tuesday: “We are not as divided as we are being told we are.” I wholeheartedly agree. But we are going to have to fight back against the all-powerful gun lobby in America. We the people need to fight back and demand our congressional leaders act. This gun owner reveres and respects the intent of the Second Amendment as it was written in 1789, but we no longer live in a militia America. I will never agree that the people should not be armed, but I do think we have to get guns out of the hands of the mentally unstable, the angry, the open racists and those who want to kill us in our churches, grocery stores, schools, concerts and other sacred public spaces.