Exclusive: The actresses broke down the return of the beloved series while at American Black Film Festival in Miami.

“The Proud Family” is back! As theGrio previously reported, the highly anticipated reboot of the beloved Disney series, “The Proud Family: Louder and Prouder,” was in the works. It has hit Disney+ and reunites fans with Penny Proud and her immediate family.

At the American Black Film Festival last weekend in Miami Beach, theGrio caught up with stars of the show — Kyla Pratt, Jo Marie Payton and Paula Jai Parker. They broke down what the show means to them, how the fans played an instrumental role in the series returning and more. 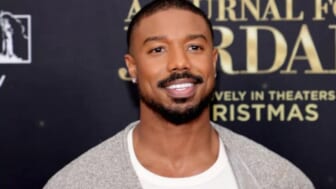 “The Proud Family” officially ended in 2005. Pratt disclosed to theGrio that the fans deserve the credit for the family’s return about 17 years later. “What’s amazing is that the fans of our show is the reason why we are able to have a new version of “The Proud Family,” especially with social media and the harassment from some of ya’ll,” she quipped. “No, but really, we had so many people who loved the show and showed their love for the show so it wasn’t hard to be like, ‘Disney, what you doin’?”

Of course, when Pratt started the show back in 2001, she was 14 years old, which makes revisiting the series particularly special now that she is an adult. “Twenty years later, for me to be back in the studio, being an adult and having a family of my own, I am able to see things from other characters’ perspectives and realize there are so many different things I can do with my voice now,” she said.

“I am just happy to be a part of it in every single way and to be back with our cast … we hadn’t seen each other in so long and when we did interviews on Zoom it felt like time had never passed!”

The creation of the “The Proud Family: Louder and Prouder” required a lot of Zoom calls, Payton (fan favorite character Suga Mama) explained. The actors signed on for the reboot at the end of 2019, right before the start of the COVID-19 pandemic. “One day I got a call that said, ‘Listen, Ms. Payton, we got these scripts ready, would you mind recording from home?'”

Production then sent equipment to her Florida home, including a soundproof booth. “I did all the shows in my closet,” she said.

Pratt interjected, “See, while y’all was acting up talking about, ‘where are the episodes?’ This is what we had to do!”

The series reboot was “a blessing” to Paula Jai Parker (Trudy Proud). “When the pandemic happened, I was unemployed. God has a timing and a plan. … When we stopped doing “The Proud Family” the first time, there was no reason given but it was left open because they always planned to do this,” she said. ‘But the timing to this is nothing but God. We were able to work during a time when I wouldn’t have had any other work … something to keep the rent paid! This has been a blessing to come back and be included, because they don’t always have the original cast back.”

With a fan base as strong as that of the “The Proud Family,” Pratt insists it wouldn’t have gone over well had the producers recast the voice talent. She joked, “They would have been in trouble!”

The first season of “The Proud Family: Louder and Prouder” is currently available to stream on Disney+.