OPINION: Only white people can turn being openly offensive into personal victimhood, and Bodega Bro is a real-life example of this. 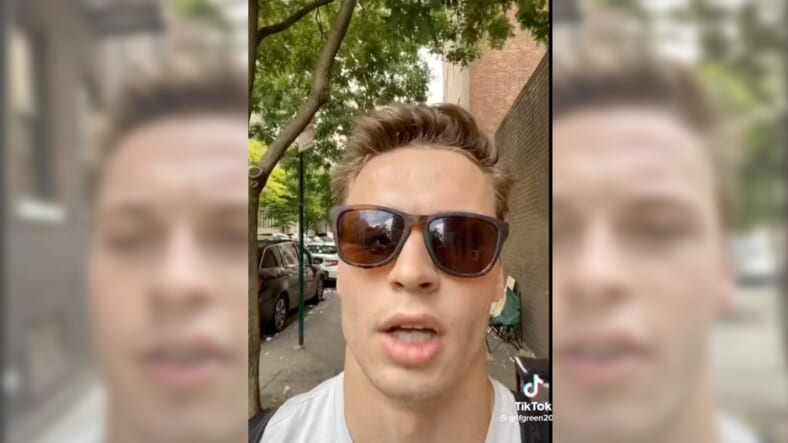 Oh, white people. Y’all are so precious. You do things that are highly offensive, and when you get called out on it—or have to face the actual repercussions of your actions, you suddenly become the victims in some high drama that you have invented in your heads. You could totally save yourselves all the trouble by just being quiet or not being offensive idiots, but clearly, that would be too much like right.

And so it is, we have come to know Griffin Green, aka “Bodega Bro,” through his actions because not only was he an offensive jerk, but he doubled down and then played the victim when called out on it. 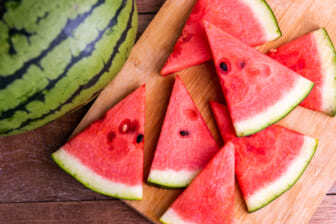 Also Read:
I am unapologetically Black, and I will never be ashamed of eating watermelon

For those who are unaware, Green is a 22-year-old recent transplant to the Bronx from somewhere in the Midwest. He moved to New York City for a new job in tech. He became the “main character” on Twitter last week when he took to his TikTok account and made a video complaining about the lack of grocery stores in his new neighborhood.

As a transplant to New York, Green seemed totally unaware that corner bodegas are the rule and not the exception. He was upset about the lack of options for grocery shopping in his new hood, and in his now-viral TikTok video, he criticizes and mocks bodegas, asking where the Whole Foods is.

When the original video received backlash, Green made another video trashing the apartment he is staying in until his Upper East Side lease begins, as well as the neighborhood where the apartment is located, including punching down on the unhoused people in the area.

Obviously, white privilege and entitlement have made Green completely unaware that there is a such thing as food deserts, and the Bronx is clearly one of them. People in that neighborhood rely on bodegas, as eccentric as they may be because there are no other options.

For someone who is new to the area to come and make a video ridiculing a lower-income neighborhood is a definite choice, and for Green, it proved to be the wrong one.

Many called out the classism and casual racism in his videos about his new neighborhood (in one of them, he wears an NAACP shirt “so these people” will be cool with him or some crap like that and it’s like, WHAT?!?), tagging his new employer in the process.

The company, Outreach, responded on Twitter and said, “Thank you for bringing this to our attention. Upon investigation, we took swift internal action in accordance with our company policies and in alignment with our core values. He is no longer an employee of Outreach.”

So not only did you make a racist and classist ass of yourself on the internet, but you got fired on your day off, Bodega Bro. You down bad, son.

As is always the case, a fundraiser was started for Bodega Bro, and as of this writing, it has raised over $11,000. I won’t link to it here, because nah, but if you search “Bodega Bro,” you will see it.

“Bodega Bro, Griffin Green, was wrongly fired by his job Outreach for having the audacity to prefer Kroger to bodegas,” the organizer of the fundraiser wrote in the description.

“After moving to New York and signing a lease, the woke mob relentlessly harassed his employer until they caved in and terminated him over some TikTok jokes.”

Of course, Outreach says the official reason for Green’s firing is that he had shown his employment offer letter online. It is against company policy to share confidential information.

The most interesting thing about all of this is the way it displays how we live in two different Americas right now.

If you go to his Twitter account and follow any of the conversation threads where he discusses this, you will see two crowds of people: the white people who believe he has been totally wronged, and the Black people trying to explain to him where he messed up.

The white people are super indignant. Never mind that his videos were racist, classist and offensive. He was just joking! Why should he get fired for a joke! Why should he face any sort of accountability for his actions?! What is wrong with you people?

It’s always the same playbook. White people can always tell you every single thing a Black person (or another person of color) did wrong to end up in whatever predicament they are in, even if they have to dig into the person’s past and find the time they stole from the Brach’s candy display in the grocery store that time when they were in preschool. They see these things and they pounce on them. 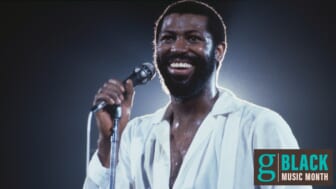 But when it comes to holding themselves and other white people accountable, there are always myriad excuses for why what the white person did is OK.

That, my friends, is white privilege in a nutshell. The ability to pretend like nothing you ever do is wrong while simultaneously holding everyone else accountable for every little thing.

I wish I could say Bodega Bro’s story ended there, but it didn’t.

He found a way to be even more offensive, and I’m convinced he hasn’t learned a damn thing and won’t until someone walks up to him on the street and punches him in his snot locker (I am not suggesting that anyone should do this; I’m merely saying I won’t feel sorry for him if it happens).

Bodega Bro made a follow-up video in which he went shopping in a bodega and put together lunch bags (complete with a sandwich, yogurt, a drink and raw plantains???? Did he think they were bananas?) and hand delivered them to several unhoused Black people in the Bronx.

He made sure to set up his phone to record each interaction as if all of this mess wasn’t cringe enough.

This is an example of how white people act all the time, and it is unfolding slowly in real time for everyone to see.