The special covers Chappelle's speech at the renaming ceremony for a theater at his alma mater, the Duke Ellington School of the Arts in Washington, D.C.

Netflix dropped a new Dave Chappelle special on Thursday. During the special, titled “What’s in a Name,” Chappelle gives a speech at his high school alma mater and addresses the criticism over his last Netflix special, “The Closer.”

Chappelle had been approached about agreeing to have the theater at his former high school, Washington, D.C.’s Duke Ellington School of the Arts, named after him. However, he received backlash and accusations of being transphobic for comments he made during “The Closer.”

The 40-minute speech was made during the ceremony that was planned for the theater renaming.

For the majority of the speech, Chappelle talks about how much the Duke Ellington School of the Arts and his classmates helped mold him and his career. He credits former classmates, teachers and administrators for helping him become a successful, professional comedian.

Toward the end of the speech, Chappelle addresses the criticism of his jokes about the LGBTQ community in general and the transgender community in particular. 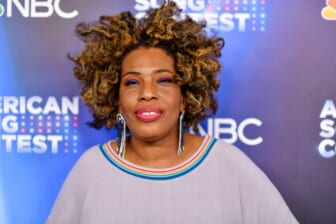 Chapelle had previously visited the school for a contentious Q&A with current students who took issue with “The Closer” and with the proposed theater renaming. Chappelle states during the speech that he felt that the students who were addressing their displeasure were being used as “instruments of oppression.”

He says when the students verbalized their issues with his comments, they said “everything about gender, and this and that and the other, but they didn’t say anything about art.”

“And this is my biggest gripe with this whole controversy with ‘The Closer’: That you cannot report on an artist’s work and remove artistic nuance from his words. It would be like if you were reading a newspaper and they say, ‘Man Shot in the Face by a Six-Foot Rabbit Expected to Survive.’ You’d be like, ‘Oh my god,’ and they never tell you it’s a Bugs Bunny cartoon.” 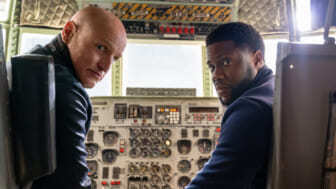 Also Read:
What is the secret to Kevin Hart’s success?

In the end, Chappelle says he decided to “defer” having the theater named after him, even though school officials said they still wanted the theater to bear his name. “Rather than give this theater my name, I’d rather give these students my message.”

Chappelle then unveils a placard bearing his choice for the theater’s new name: the Theatre for Artistic Freedom and Expression.