The film is set to premiere in August on Netflix.

Jamie Foxx and Snoop Dogg have teamed up for a thrilling new project. The upcoming Netflix film, “Day Shift,” just dropped its first trailer, which follows the actors as they take on an army of the undead.

“Day Shift,” set to start streaming in August, is from director J.J. Perry. It stars Foxx as Bud Jablonski, a “hard-working, blue-collar” dad who spends his days working as a San Fernando Valley pool cleaner. That job, as the trailer reveals, is a front for his real profession: vampire hunter.

The film also stars Snoop Dogg as vampire hunter Big John Elliott. “Vampire-hunting is a business,” Elliott states in the trailer. “Cutting necks and cashing checks.” The trailer reveals that Jablonski was kicked out of the international union of vampire hunters and that he enlists Elliott’s help to raise $10,000 or risk his wife (played by Meagan Good) and daughter leaving him for a new life in Florida. 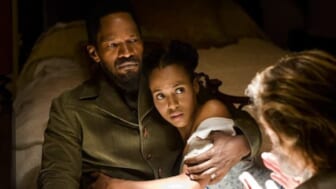 “The union is the only place that can give me that kind of money,” Foxx’s Elliott exclaims in the trailer. The film also stars Dave Franco, Karla Souza, Natasha Liu Bordizzo, Oliver Masucci, Steve Howey, Scott Adkins and Zion Broadnax. 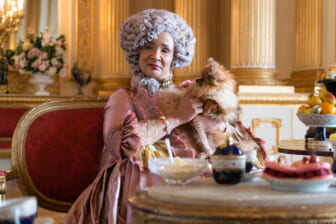 Earlier this year, Perry spoke to Vanity Fair about the film, including the inspiration behind Foxx’s character. “I made Jamie’s character as much like me as I could, so he’s an ex-Army guy,” explained Perry, who served in the U.S. Army. “I was an infantryman. He came to L.A. and he’s a guy that gets in over his head, a lot like I do, but he has to be able to get himself out of trouble. I have a 9-year-old daughter. He has a daughter. He’s trying hard to keep his family together. And, you know, times are tough.”

“Day Shift” will be available to stream on Friday, Aug. 12.