Martin Lawrence cast in a recurring role as Uncle Forty

Martin Lawrence is set to return to screens nationwide next year after being cast in an upcoming sci-fi comedy series from AMC, “Demascus.“

The six-episode series follows 33-year-old Demascus, played by Okieriete Onaodowan, as he explores the potential of a technological invention allowing people to swap between different versions of their lives, the cable channel announced in a press release.

Lawrence guest stars in three episodes as Uncle Forty, who is described as a hot-tempered man wanting to be recognized as the family patriarch amid his ongoing health ailments.

The show will premiere on AMC and its streaming service AMC+, the company said, at date yet to be announced. 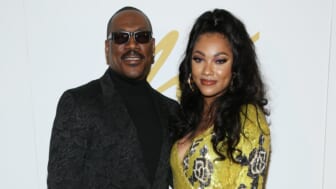 The series will also star Janet Hubert, who portrayed the original Aunt Viv in the hit ’90s sitcom “Fresh Prince of Bel-Air.”

Hubert, who also starred in “Pose” and The Last OG, will play Dr. Bonnetville, a quick-witted psychotherapist who assists patients along their journeys of self-discovery.

Penned by writer and playwright Tearrance Arvelle Chisholm, the 30-minute episodes delve into different Black male identities and perspectives. Damascus seeks to find himself with the help of the new technology, as reported by Deadline.

Onadowan is best known for his roles as Hercules Mulligan and James Madison in “Hamilton.” He also appears in the ABC drama “Station 19,” a spin-off of “Grey’s Anatomy,” as Dean Miller.

Actor Caleb Eberhardt of “Judas & The Black Messiah” fame will star as Redd, Demascus’ best buddy. Redd, a former troublemaker turned Bohemian artist, is on his own path of self-improvement. 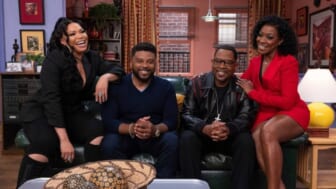 Actress Shakira Ja’nai Paye, who starred in “All Day and a Night,” will portray Naomi, a performer who becomes Demascus’ love interest following a chance encounter that leaves him worried he may have missed his shot.

Lawrence recently teamed up with the cast of his hit ‘90s comedy show “Martin” for a 30th-anniversary reunion special on BET+. The special reunited Lawrence with co-star Tisha Campbell and other cast members, including Tichina Arnold and Carl Anthony Payne II.

Lawrence signaled that a fourth installment of the “Bad Boys” film franchise remains in the works with Will Smith, despite the infamous Oscars slap, Variety reported.