NACWC, which operates in 45 states, convenes on July 24 in Little Rock.

The convention will be open to the public and kicks off July 24 at the Doubletree by Hilton Little Rock (located at 424 W. Markham St.), the Arkansas Gazette reports.

The association’s 30th national president, Arkansas native Andrea Brooks-Smith, told the Gazette that it was a personal decision to bring the convention to Little Rock.

“There hasn’t been an NACWC Inc. convention held in the state of Arkansas in over 75 years,” she said. “I am an Arkansan. I am who I am because of the encouragement and lessons taught by the Arkansas chapter of NACWC, so there was no other option for me.” 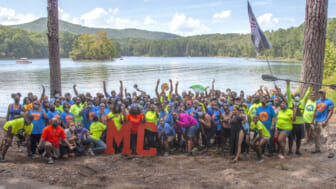 According to its website, the foundation of what would become the National Association of Colored Women (NACW) was laid in 1896 after the leader of Boston-based New Era Club, Josephine St. Pierre Ruffin, issued a “call to confer” to women’s organizations following disparaging remarks by a president of the Missouri Press Association. Those remarks were likened to the “shot heard round the world,” which triggered the American Revolution.

When the organization was incorporated in St. Louis in 1904, it became known as the National Association of Colored Women’s Clubs (NACWC). Among the founders were Ruffin, Harriet Tubman and Ida Bell Wells.

“We decided to keep ‘Colored’ as a part of our name because we recognize and honor the sacrifice that our foremothers made to create this organization,” said Brooks-Smith. “In doing so, it allows us to remember who we were in 1896 and the impetus for our founding.”

Today, members of the NACWC are “dedicated to uplifting women, children, families, the home and the community through service, community education, scholarship assistance and the promotion of racial harmony among all people, so that those we serve are better able to take their proper and rightful place in society as citizens, community leaders, parents and family members,” Brooks-Smith told the Gazette.

“What has contributed most to our success and longevity is the work that we continue to do in our communities; and the work that is still needed,” said Brooks-Smith. 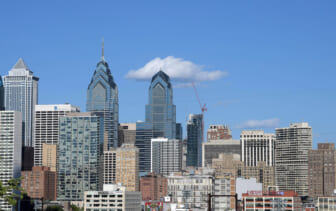 NACWC operates in 45 states through local, state and affiliate chapters.