HUD senior advisor Adjoa B. Asamoah is working to close the racial gap in housing

"Homeownership is one of the primary ways to attain wealth, and that is a real priority for Madam Secretary [Marcia Fudge],” Asamoah told theGrio.

The history of housing discrimination in the United States has been destructive and pervasive in Black, brown and underserved communities, particularly in states where Jim Crow laws and practices like redlining were enforced from the late 1800s until the mid-1900s.

Now in 2022, the Biden administration is tackling the long-standing problem with a familiar face assisting in the fight.

Adjoa B. Asamoah, the senior advisor for racial equity to U.S. Department of Housing and Urban Development (HUD) Secretary Marcia L. Fudge, is taking an approach to governance that is aligned with racial equity work that is already at play at the 57-year-old federal agency.

Asamoah’s work in recent months centers around the government’s purchasing power with a broader and diverse group of vendors, eviction protection, asset building, and homelessness prevention, as well as areas with direct links to “closing the wealth gap” through homeownership.

The irony at this moment for Asamoah, as she fights for equity and homeownership for Black Americans and other minority groups is that “neither one of [her] parents own a home in this country,” said the activist turned federal government employee. 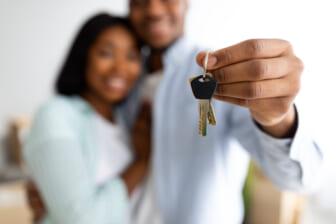 HUD recognized June as Home Ownership Month, and Secretary Fudge has consistently reiterated that the Black homeownership numbers mirror those before The Fair Housing Act was signed into law in 1968. According to the Urban Institute, the white homeownership rate decreased by 1% since 2001, while Black homeownership saw a 5% decrease, making it the most dramatic drop of any racial or ethnic group. During the same period, Hispanic homeowners saw an increase.

Asamoah, known for her work in creating The CROWN Act, told theGrio that the Biden administration’s HUD office is laser-focused on ownership. “I just want to really reiterate, we know that homeownership is one of the primary ways to attain wealth, and that is a real priority for Madam Secretary,” she said.

The department is said to be actively taking steps to combat housing discrimination and more proactively enforce The Fair Housing act.

During the presidency of Bill Clinton, Black America saw the highest percentage of Black homeowners. However, those numbers have dwindled considerably, in part, due to discriminatory and unethical practices like predatory lending.

Before the passage of the Housing Act, the U.S., real estate companies and government-enforced redlining laws dated back to 1910 prevented minorities from owning property, as their applications for home loans were deemed too “risky.”

The racist practice on a national level was born out in the majority-Black city of Baltimore, Maryland decades ago. Former Baltimore Mayor Kurt Schmoke told theGrio that redlining and other discriminatory housing practices, “Created a culture that’s hard to break a pattern of racial groups segregating themselves in housing,” adding “[there were] very few integrated neighborhoods in the city.” 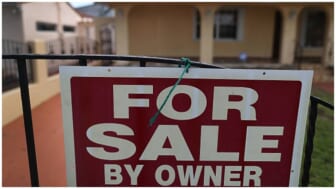 Also Read:
Words barring sale of homes to Black people should stay on deeds as a racism reminder, advocates say

Asamoah is now working to reverse these historically entrenched racist housing practices and level the playing field on the federal level with the hope that it will trickle down on the local level where states are plagued by the ghosts of the racist past.

“In terms of my work, it’s sort of three-fold, if you will,” she told theGrio. “Part of my work includes looking at our internal processes. And in the past, in prior administrations, you know, some of the work has been focused on equality. And now with racial equity being a pillar, one of the four pillars really of the Biden-Harris administration, you see that being evident.”

Before stepping into the senior role at HUD, Asamoah was known for her knack for constructing community-oriented solutions, with a focus on civil rights. Asamoah notably led the federal push for The CROWN Act, which she proudly embraces as part of her “professional legacy.” The bill was passed in the U.S. House of Representatives earlier this year but has been referred to committee in the U.S. Senate.

The act, designed to shield African Americans from hair bias, particularly in the workplace, prohibits discrimination on the federal level based on hairstyle and texture. Several legislatures have already passed the act at the state level.

Asamoah, who received her degree in African American studies, was a young activist in Connecticut who participated in demonstrations for various causes as a teenager. She told theGrio that her experience outside of the traditional bubble of the federal government gives her a unique perspective.

“I come to this work, not as a lawyer and not as someone who worked on Capitol Hill,” said Asamoah. “You don’t often get to see people who publicly identify as activists and scholar-activists coming from the tradition of really organizing in these seats.”