EXCLUSIVE: "We are seeing this movement where it is Black public opinion that is informing policy,” Adjoa B. Asmoah, Creator of The CROWN Act, tells theGrio. 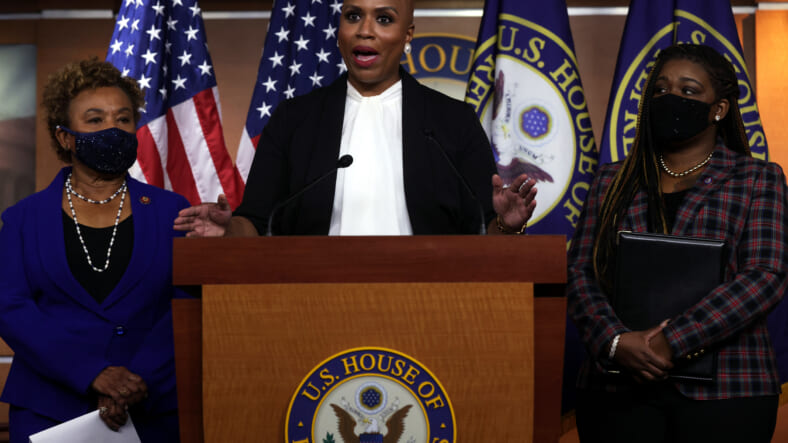 The U.S. House of Representatives on Friday passed The CROWN Act, a bill that provides federal protection against hair discrimination. 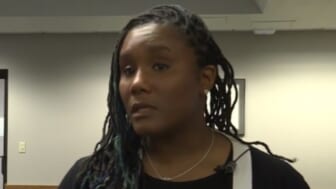 “For too long, Black girls have been discriminated against and criminalized for the hair that grows on our heads and the way we move through and show up in this world,” said U.S. Congresswoman Ayanna Pressley on the House floor before the House passed The CROWN Act, sending the bill to the Senate for consideration.

“Whether you are a student in a classroom, an employee in the workplace, or the next Supreme Court Justice…you deserve to show up as your full self, rocking your crown with your head held high.”

The CROWN Act’s journey is traced back to 2019 when it was passed by the California State Legislature after being introduced by State Senator Holly Mitchell. However, the unapologetically pro-Black hair bill was spearheaded by a group of four Black women.

One of the bill’s creators, Adjoa B. Asamoah, told theGrio’s April Ryan that “The CROWN Act amends the existing definition of race to include traits that are historically associated with it; such as hair texture and what we call protective styles, including but not limited to braids, locs, twists, Bantu knots, et cetera.”

Asamoah said that in absence of the law, “courts have interpreted race [that] has not included our hair because the thought is if we can alter our hair, then it’s something that is not inherently part of our racial identity.”

Along with civil rights and advocacy groups, Asamoah and leaders of The CROWN Act took their movement for hair equality from communities impacted by hair discrimination to state legislatures, passing versions of the Act in 14 states to date. If signed into federal law by President Joe Biden, however, all states would have to include hair as a form of racial discrimination.

While The CROWN Act may have been birthed from Asamoah and her policy and advocacy cohorts, she acknowledged to theGrio those who spoke out against the discrimination of Black hair before her work on the legislation—then-U.S. Congresswoman and Congressional Black Caucus Chair, Marcia Fudge, along with other members of the CBC.

(Fudge now runs the Department of Housing and Urban Development within the Biden administration.)

“Before I even started working on this, [Fudge] penned a letter to the then secretary of Defense about the proposed ban on certain hairstyles that Black women wore…that ban would have disproportionately impacted Black women,” recalled Asamoah. “They called out the inherent sexism and racism essentially of such a proposed ban. And so it was, you know, I always have to honor those who came before me.”

U.S. Congresswoman Sheila Jackson Lee of Texas, who has for years rocked her signature braided “Crown” hairstyle, emphasized to theGrio that “Crown is your statement.”

“[The CROWN Act] is a measured statement that African-Americans [and] minorities have to fight…We have to restate that we have a right to be who we are, to have a culture,” said Jackson Lee. “At the same time, we are patriots. We love America and we should not be treated any differently than anyone else.”

Congresswoman Jackson Lee, who said she herself faced discrimination and was told she should change her hairstyles, said she is encouraged that a bill like The CROWN Act could protect future generations and young people who still today face barriers for the hair that naturally grows from their head.

Jackson Lee referenced a 2018 story from New Jersey that made national news when a Black high school wrestler was forced to cut off his locs in the middle of a tournament after a white referee ruled that he had to cut his hair or forfeit the match because his locs were against “athletic regulations.” 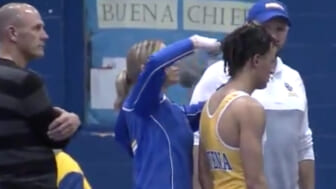 Congresswoman Jackson Lee slammed the incident and similar stories as “absolute insults.” She said incidents like that are not only humiliating or demeaning but also deny them of their “basic civil rights under the 14th Amendment due process.”

“This is a bill that eliminates discrimination by way of hairstyle, by way of culture, by way of race and simply by living in communities that you may be different in,” said Jackson Lee, adding “ America is supposed to be supporting the vulnerable, removing discrimination against those who are discriminated against.”

Asamoah admits that it’s been a “challenge” getting the bill passed in the over a dozen states where it has become law. “It’s certainly been a challenge in some of the states to ensure that there is widespread support,” she told theGrio, adding, “because it’s truly not the responsibility of one particular racial group or one particular political party to really protect the civil rights of all people.”