According to CNN, Don McLaughlin, the mayor of Uvalde, Jackson flew to Texas and presented a check to Texas Governor Greg Abbott.

“The true spirit of our nation is Americans lifting up one another in times of need and hardship,” a statement from Abbott said.  “We are truly grateful for the generosity of Texans and Americans like Bo Jackson, who have stepped up to help in the aftermath of the shooting at Robb Elementary School.  When we asked people to support the Uvalde community in the days after, Bo did not hesitate in reaching out to my office to offer his help to the grieving families.”

Jackson presented the governor with a check for $170,000 to help out victims’ families so “they would have one less thing to worry about as they grieved,” according to the governor. 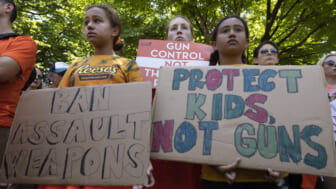 Jackson has close ties to the south because he was a star athlete at Auburn University in Alabama, where he even won the Heisman Trophy.  He played both baseball and football there, then he would go on to play professionally in both sports for the Kansas City Royals and Los Angeles Raiders, respectively.

The gunman at Robb Elementary School, an 18-year-old identified as Salvador Ramos, fatally shot 19 students and two teachers on May 24.  In the aftermath of the tragedy, the school will be torn down and rebuilt, district officials announced late last month. 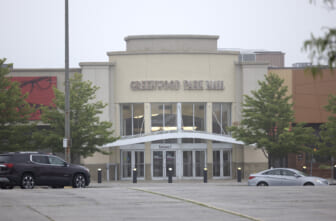 Also Read:
An armed bystander is not your savior

“My understanding — and I had this discussion with the superintendent — is that [the] school will be demolished,” McLaughlin said last month.  “You can never ask a child to go back or a teacher to go back in that school ever.”

Robb Elementary isn’t the first school to get knocked down after a mass shooting.  In 2012, after 20 students and six staff members were slain at Sandy Hook Elementary in Newtown, Connecticut, that campus was razed, and a new one was later built on the same piece of land.