During Chris Rock’s first stand-up show following Will Smith’s viral apology video, the comedian cracked a joke appearing to compare the actor to Suge Knight, though he did not mention Smith’s video during the set.

After months of silence, Smith on Friday posted an official apology video addressing the viral moment, hours before Rock would perform a stand-up set in Atlanta as part of his “Chris Rock Ego Death World Tour,” according to People.

While onstage at the Fox Theatre, Rock drew a comparison between Smith and Knight, the notorious CEO of Death Row Records who has a history of violent acts and is currently in prison for manslaughter, per HotNewHipHop.

“Everybody is trying to be a f—ing victim,” Rock said. “If everybody claims to be a victim, then nobody will hear the real victims. Even me getting smacked by Suge Smith … I went to work the next day, I got kids.” 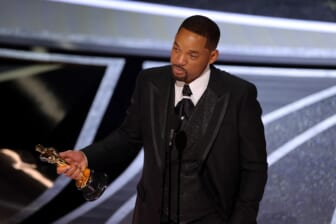 “Anyone who says words hurt has never been punched in the face,” Rock continued without directly addresing Smith’s apology video. In the video, the “King Richard” actor claims to have tried contacting Rock about the incident to no avail.

While Smith posted a written apology back in March, Friday’s apology was the first time Will has publicly spoken on the incident in video format. When explaining why he did not take the time to apologize to Chris that same night when he was accepting the Academy Award for Best Actor in a Leading Role, Smith explained, “I was fogged out by that point. It is all fuzzy.”

“I’ve reached out to Chris and the message that came back is that, he’s not ready to talk. When he is, he will reach out,” he continued.

Smith then spoke directly to Rock, saying, “I apologize to you. My behavior was unacceptable and I’m here whenever you’re ready to talk.”

Watch the full apology video below: