Canada tends to see itself as a place of freedom and liberation but like the United States, the country has close ties to slavery and anti-Black racism.

In Toronto, Ontario, a food festival and crafters market is projected to entice more than 1,000 with family entertainment and the promise of delicious Caribbean food. The Black Cultural Society of Prince Edward Island in Charlottetown has planned an event-filled evening that features a flags parade, speeches, spoken word, dancing, drumming, singing, games, food and “so much more.” In Halifax, Nova Scotia, a mass choir and royal drummers are among the participants in a grand parade, which is one of several events in that city planned for a very special occasion.

Our neighbors to the north are celebrating  — and with good reason. The jollification is in recognition of Canadian Emancipation Day on Aug. 1, which commemorates the passage and fulfillment of the British Abolition of Slavery Act. The act set free about 800,000 Black enslaved persons and their descendants. It was passed on Aug. 1, 1833, and took effect in Canada a year later. 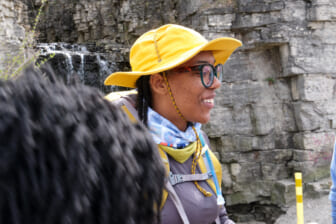 Sen. Wanda Thomas Bernard of East Preston, Nova Scotia, told theGrio that when she thinks of Emancipation Day, the first thing that comes to mind is the fact that slavery is acknowledged as a historical fact  — and the second is that reparations are owed.

Following the passage of the Abolition of Slavery Act, the British paid compensation to the slave owners, but not to the enslaved persons. It has been widely reported in the media, including in the Daily Mirror, that the country did not complete the debt payments until 2015.

While certain Canadian localities have celebrated Emancipation Day for more than 160 years, the country didn’t formally recognize it until 2021, Bernard notes. “As a parliamentarian, one of the reasons I was pushing and working with community members to have Emancipation Day officially recognized [is] because it means Canada is finally recognizing and owning its full history,” she said.

In observance of Emancipation Day this year, Bernard encourages citizens to attend and participate in public events; to do some deep thinking to honor and remember the sacrifices made by forefathers and consider what anti-Black racism is like today in your neighborhood, the businesses you work for and the government. 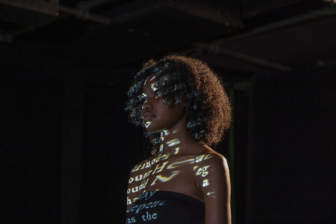 Calgary, Alberta, is listening too, according to Livewire Calgary. A few days ago the Anti-Racism Action Committee hosted the city’s first Emancipation Day program, which featured various speakers, including Bernard.

Many people are unaware that slavery even occurred in Canada. The British and French first enslaved Indigenous (panis), then African people. Slavery was practiced in Canada for more than 200 years before Britain abolished the practice.

“Slaves were brought and sold in Canada,” Bernard said, referring to the enslavement of African people, a practice that started at the end of the 17th century. “And so the erasure of that history is something that has troubled historians of African descent but also, ordinary, regular citizens, once they know this history, they’re quite outraged because slavery and that history of marginalizing our people [and] legal segregation, we had all of that here in Canada.”

The majority of the enslaved people in British North America received just partial liberty as a result of the Slavery Abolition Act. Only children under the age of 6 were free. (Interestingly, the act established Canada as “a free territory” for enslaved persons in the United States, resulting in an exodus of Black people from this country between 1834 and the early 1860s.)

In comparison to the United States, slavery was not seen as a major issue in Canada, according to Trevor Burnard, the Wilberforce Professor of Slavery and Emancipation at the University of Hull in the U.K.

Canada didn’t practice plantation agriculture that would yield commodities such as sugar and cotton. Consequently, the number of enslaved people in Canada was always much lower than in the United States, he said. The former exploited this imbalance to build a “bit of a myth” about itself as a land of the free untainted by the evil mark of slavery. 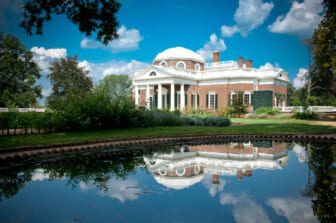 For the most part, enslaved persons in Canada had living conditions akin to those of migratory laborers. Typically, they lived in the same household as their masters, who were often upper-class people. They were called “servants” and worked as domestics, hairdressers, bakers, cooks, jewelers, printing press operators, sailors and seamstresses. Many also worked at their masters’ establishments: hotels, taverns, mills, butcher shops.

Yet, they were held in bondage and in many instances were treated comparably to their counterparts in the United States and the Caribbean, despite the persistent belief that in Canada they were somehow treated better. It really depended on their master.

One notorious case of maltreatment is that of Marie-Joseph Angélique. Her owner was Thérèse de Couagne de Francheville in Montréal, Quebec. In 1734, Angélique was convicted, tortured and hanged following charges  — without any proof  — that she set fire to Montreal’s merchants’ quarter during an escape attempt.

Burnard believes slavery is important to the country’s history “because it shows that Canada is much more involved in global and imperial history than it thinks.”

Continued Burnard, “Canada does tend to see itself as very much on the side of the good guys and its history as a place of freedom rather than anything else. Emancipation gets Canadians to realize there was slavery in Canada and it lasted a long time,” he said.

Black Canadians want their history recognized, and the creation of Emancipation Day, he added, “does say something about Canada as a more multiracial society than perhaps it used to think it was.”