The "Atlanta" star is teaming up with director Ridley Scott for the adaptation of Dennis Tafoya's book, "Dope Thief."

A new Brian Tyree Henry project is on the way. The actor is set to star in an Apple TV+ series, “Sinking Spring,” based on the book, “Dope Thief,” by Dennis Tafoya.

Henry will work with director Ridley Scott (“Alien,” “Blade Runner”), who is fresh off of work on HBO Max’s “Raised By Wolves,” Deadline reports. Peter Craig, whose recent credits include one of the biggest films of the year, “Top Gun: Maverick,” is the script writer for “Sinking Spring.” 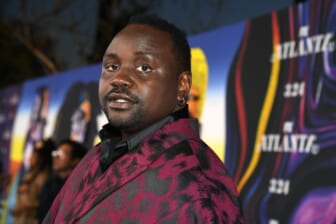 The series centers around Philadelphia friends who while posing as DEA agents rob a house in the “countryside” only to find themselves in over their heads in “life-and-death” stakes involving drugs, according to Deadline. Henry is also one of the series’ executive producers.

“Sinking Spring” is one of several projects for Henry, who has had a busy year with the release of the film, “Bullet Train,” this summer, the return of “Atlanta” on FX on which he has played “Paper Boi” since its first season. “Sinking Spring” is also not his first Apple project. He is also set to star in a feature for the streamer later this year titled “Causeway.”