In his meeting with Rwanda President Paul Kagame, Blinken is expected to discuss efforts to ease tension in Africa's Great Lakes region.

KIGALI, Rwanda (AP) — U.S. Secretary of State Antony Blinken is in Rwanda, the last stop on his three-nation tour of Africa where he has articulated Washington’s new strategy for engaging with sub-Saharan African nations as “equal partners.”

Blinken comes to Rwanda at a particularly difficult time for Africa’s Great Lakes region, with the small central African nation at odds with vast neighbor Congo over allegations that both governments support rebels opposed to each other.

In a meeting on Thursday with Rwandan President Paul Kagame, Blinken is expected to discuss efforts to ease the tensions. Rwanda is rejecting a new report by United Nations experts saying they have “solid evidence” that members of Rwanda’s armed forces are conducting operations in eastern Congo in support of the M23 rebel group.

Blinken has said reports of Rwanda’s support for M23 appeared “credible.” After meeting with authorities in Congo on Tuesday, he said the U.S. will support African-led efforts to end the fighting.

Rwandan authorities in turn accuse Congo of giving refuge to ethnic Hutu fighters who played roles in Rwanda’s 1994 genocide that killed ethnic Tutsis and moderate Hutus. There have long been tensions between the countries. In the late 1990s, Rwanda twice sent its forces deep into Congo, joining forces with rebel leader Laurent Kabila to depose the country’s longtime dictator Mobutu Sese Seko.

Both Rwanda and Congo deny the charges of backing rebel groups, and Rwandan authorities have rejected the latest report by U.N. experts as a move “to distract from real issues.” Rwanda also asserts that its security needs cannot be met while armed fugitives from the genocide continue to operate from inside Congolese territory. 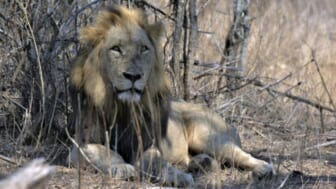 Also Read:
From Kenya to the Serengeti to Kruger National Park, African lions and elephants under severe climate threat

A meeting between Kagame and Congolese President Felix Tshisekedi in Angola on July 6 produced a statement calling for a return to normal diplomatic relations, a cessation of hostilities and the “immediate and unconditional withdrawal” of the M23 from its positions in eastern Congo.

But M23, which comprises mostly ethnic Tutsis from Congo, continues to hold its positions near the border with Uganda, keeping the spotlight on Rwanda.

The chairman of the U.S. Senate Foreign Relations Committee in a letter to Blinken last month called for a comprehensive review of U.S. policy toward Rwanda and noted his concern that Washington’s support for Rwanda, widely described by human right groups as authoritarian and repressive, is not in line with U.S. values.

The State Department said Blinken in Rwanda also will raise democracy and human rights concerns, including transnational repression and the limited space for the opposition. 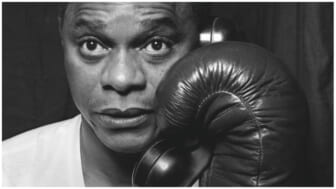 Paul Rusesabagina, a permanent resident of the U.S. who is jailed in Rwanda after his conviction last year on terror-related charges, also is on the agenda. Rusesabagina, who achieved fame with the film “Hotel Rwanda” for sheltering ethnic Tutsis during the genocide, was a recipient of the U.S. Presidential Medal of Freedom.

In a statement ahead of Blinken’s visit, Rwanda’s government said it “looks forward to a robust exchange of views on governance and human rights, as has always been the case in the Rwanda-U.S. bilateral relationship.” It acknowledged the talks would include Rusesabagina’s situation.

Blinken on this trip also visited South Africa, where he described a strategy “rooted in the recognition that sub-Saharan Africa is a major geopolitical force.”